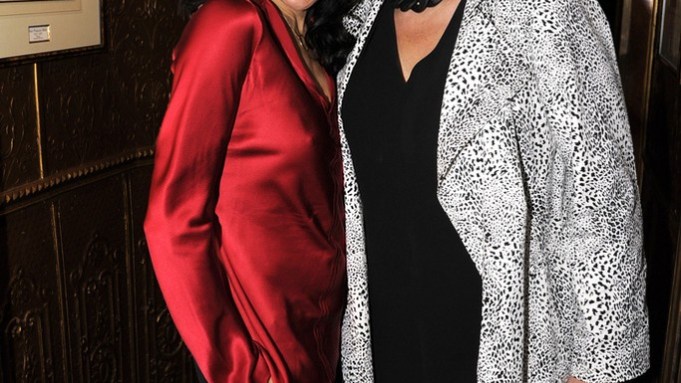 BOTTOMS UP: Sophie Theallet was guest of honor at the cocktail and dinner hosted by MAC Cosmetics at Paris’ Lapérouse restaurant Monday night.

Rupert Everett said he’s been a friend of Theallet since about 1992. Rossy de Palma has known the designer for about the same stretch, too.

“Oh my goodness. We’re very, very close. It’s been 20 years since we met,” reminisced the actress, who said Azzedine Alaïa had made their introduction.

Fresh from walking in Jean Paul Gaultier’s ready-to-wear swansong at the Rex on Sunday, de Palma said: “It was an amazing experience. It was like a big celebration and also real entertainment. It was very emotional; I was crying at the end – crying, crying. I love him so much. He’ll still be l’enfant terrible, always a child, always like a little boy enjoying [life].”

De Palma said she would take to Milan’s Piccolo Teatro Grassi stage to star in a recital called “Resilience of Love,” which runs from March 17 to 22.

In fact, it was when Theallet worked with Gaultier that she first made Béatrice Dalle’s acquaintance. The actress is also featured on stage, in the namesake role of “Lucrèce Borgia,” Victor Hugo’s play directed by David Bobée. The traveling performance is due to open in Paris’ suburb of Créteil, at its Maison des Arts, starting Oct. 15 and remain there for a three-day run.