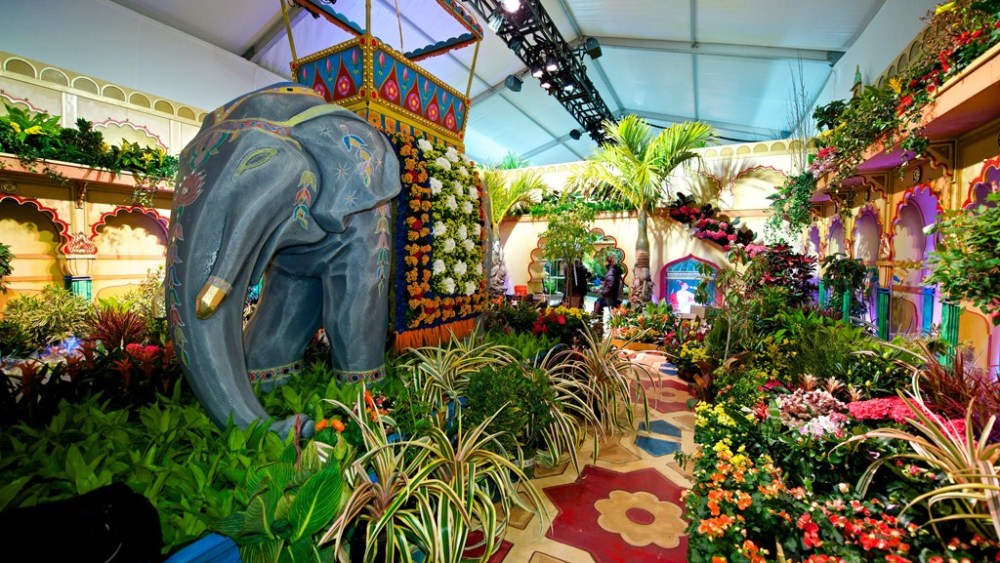 IN BLOOM: For the second year in a row, the Macy’s Flower Show has been relocated from the main floor of the Herald Square flagship which is undergoing renovations, to a block-long tent on Broadway Plaza between 34th to 35th Streets.

“We’re calling our show ‘The Painted Garden,’” said Robin Hall, Macy’s senior vice president and the impresario behind Macy’s special event extravaganzas including the flower show, the Thanksgiving Day Parade and the Fourth of July fireworks.

There are some “touch points” inside the store, such as the giant shoe on two covered with sedum; the kids backyard play area sponsored by Pepperidge Farm; an allergy-free garden, and the “bouquet of the day” with each exhibited for two days before another original showpiece is installed. Bouquet of the Day designers include Jorge Cazzorla, Olivier Giugni, Yena Jung, Ed Libby, Jane Packer and Kenji Takenaka.

The main attraction is under the big top, where right at the entrance, there’s a 10-foot tall painted ceremonial elephant draped in hydrangeas and kalanchoe, a succulent orange plant. The Eastern motif continues with sitar music, a Ganesh statue, the “palace room,” a Lotus fountain, and exotic gardens and spice market replicas typical of India and Middle Asia. The garden is awash with vivid jewel-tones, pastels, tulips, chrysanthemums, phyllanthus — roughly 30,000 varieties of plants, flowers and trees between the tent and what’s inside the store. Among the most unusual were pinky-white ball-shaped cluster flowers. “They’re called flower peaches,” Hall explained. The flower show opens Sunday, runs for two weeks, and will be open Easter Sunday.