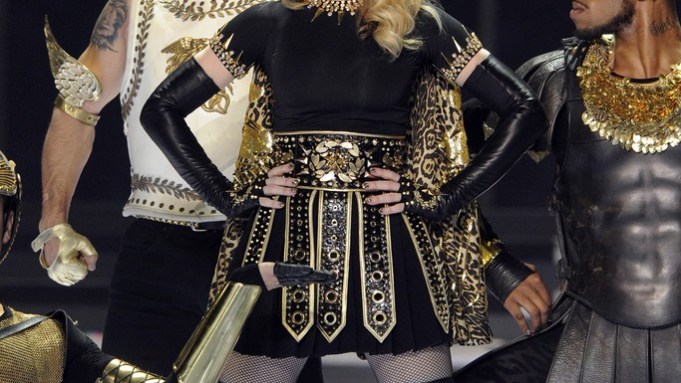 SUPER BOLD: “People say everything has a limit, but limits do not exist with Madonna,” said Riccardo Tisci, who designed the Givenchy couture costumes the pop singer wore during her performance during halftime at the Super Bowl in Indianapolis on Sunday. There were three costumes during the 12-minute performance: a hand-embroidered gold cape; a black minidress with a hand-studded belt, and an embellished black coat. Tisci and Givenchy had collaborated with Madonna three years ago on her last tour. “It is a great honor for me to be part of yet another historical and iconic moment,” the designer added. Bulgari said the singer wore white gold and diamond earrings from its high jewelry collection.