Zac Posen, Lazaro Hernandez, Jack McCollough, Dao-Yi Chow, and Riccardo Tisci were among those stopping by. 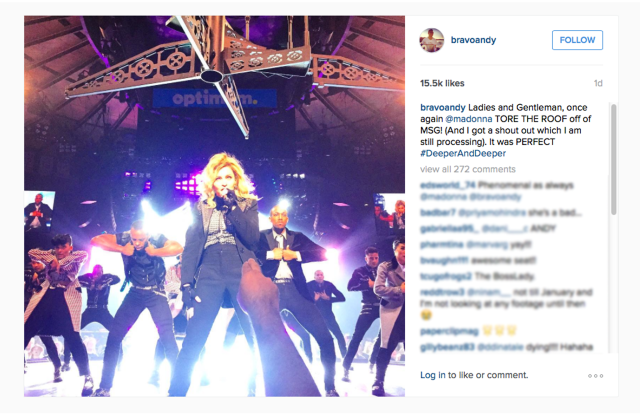 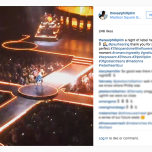 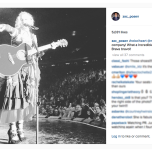 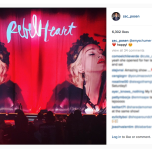 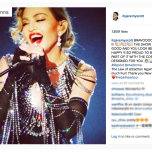 The spring New York collections officially ended with a bang on Thursday night, not at a show — though Marc Jacobs came close — but with Madonna.

It had been a long fashion week, front-loaded with tentpole events, like Givenchy’s epic production at Pier 26; landmark anniversaries (Alexander Wang, Phillip Lim), and lavish parties for everyone from Riccardo Tisci to Rihanna.

And when it was all said and done, when Jacobs sent his last model down his runway at the Ziegfeld Theatre, it seemed the industry was in the mood to let its hair down and relocated to Madison Square Garden, where Madonna was mounting a theatrical extravaganza of her own.

The Material Girl has a long, rich history with the fashion world and it was cemented with her “Rebel Heart” world tour when she called on several designers — Alessandro Michele of Gucci, Miuccia Prada, Alexander Wang, Jeremy Scott, Fausto Puglisi — to contribute costumes for the show.

Some of those designers, like Scott and Puglisi, were in the house on Thursday, the second night of her two-night residency at the Midtown venue (she plays Barclays Center on Saturday). But so were designers who had no association with the tour: Lim, Zac Posen, Lazaro Hernandez and Jack McCollough of Proenza Schouler and Dao-Yi Chow of Public School. Tisci and Wang caught the show on Wednesday, having already completed their fashion week duties.

Jennifer Lopez, Ariana Grande, Kelly Ripa, Andy Cohen and Madonna’s former husband, Sean Penn, are among the celebrities who’ve stopped by to pay their respects to the proverbial Queen of Pop.

If their Instagram reviews are any indication, Madonna delivered the goods: “To be there is like driving a Ferrari at the maximum speed,” Puglisi wrote.