The opening of the Kiwi brand’s first store coincides with a pivot from wholesale to direct-to-consumer.

Inside the new store from New Zealand label Maggie Marilyn, which has just opened in Auckland's Britomart precinct.

SYDNEY — Maggie Marilyn is cutting out the middleman.

The first of a potential international network of 10 stores that founder/designer Maggie Hewitt plans to roll out in Australia, the U.S. and U.K. over the next few years, she told WWD, the store opening followed 24 hours after Hewitt revealed on social media that Maggie Marilyn is exiting all wholesale channels to become a 100 percent direct-to-consumer brand.

Beginning Thursday, customers will only be able to purchase the brand via the Auckland store and the maggiemarilyn.com web site. 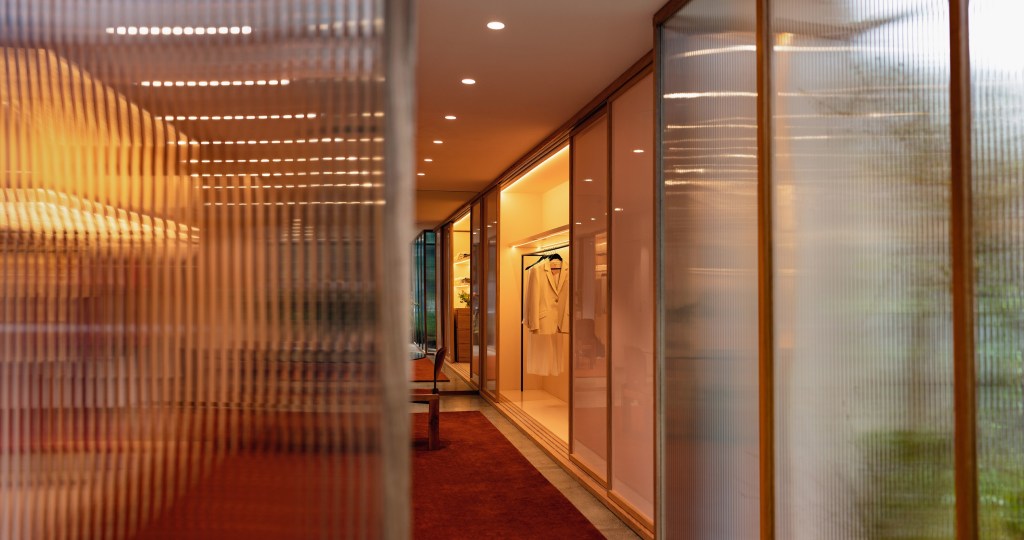 Inside the new Maggie Marilyn store, which has just opened in Auckland’s Britomart precinct.  Motion Sickness

The business is also flipping its inventory ratio split, largely thanks to the success of Hewitt’s new circular, traceable, evergreen essentials line Somewhere, which launched last November exclusively as a direct-to-consumer offer and has given the business 140 and 90 percent spikes in sales and web traffic, respectively, each quarter, according to Hewitt.

Also launched Thursday, the permanent, size-inclusive Somewhere Sport collection of track pants, sweatshirts and jeans, is available in an extended size range of U.K. sizes 6 to 20.

Where previously 80 percent of the business was comprised of seasonal main-line collections and 20 percent Somewhere, the latter will now account for 95 percent of the inventory, with the higher-priced Maggie Marilyn main line representing just 5 percent. That line will be sold via a series of limited-edition capsule collections called Forever.

Accounting for 20 percent of the business, e-commerce sales grew 233 percent in the 12 months to October, according to Hewitt.

Sustainability has been one of the key pillars of the Maggie Marilyn business since it began in 2016. Future initiatives include a free-of-charge garment repair scheme and a collection program for old Somewhere garments, with all fabrics to be sea-freighted forthwith, to help reduce carbon emissions. 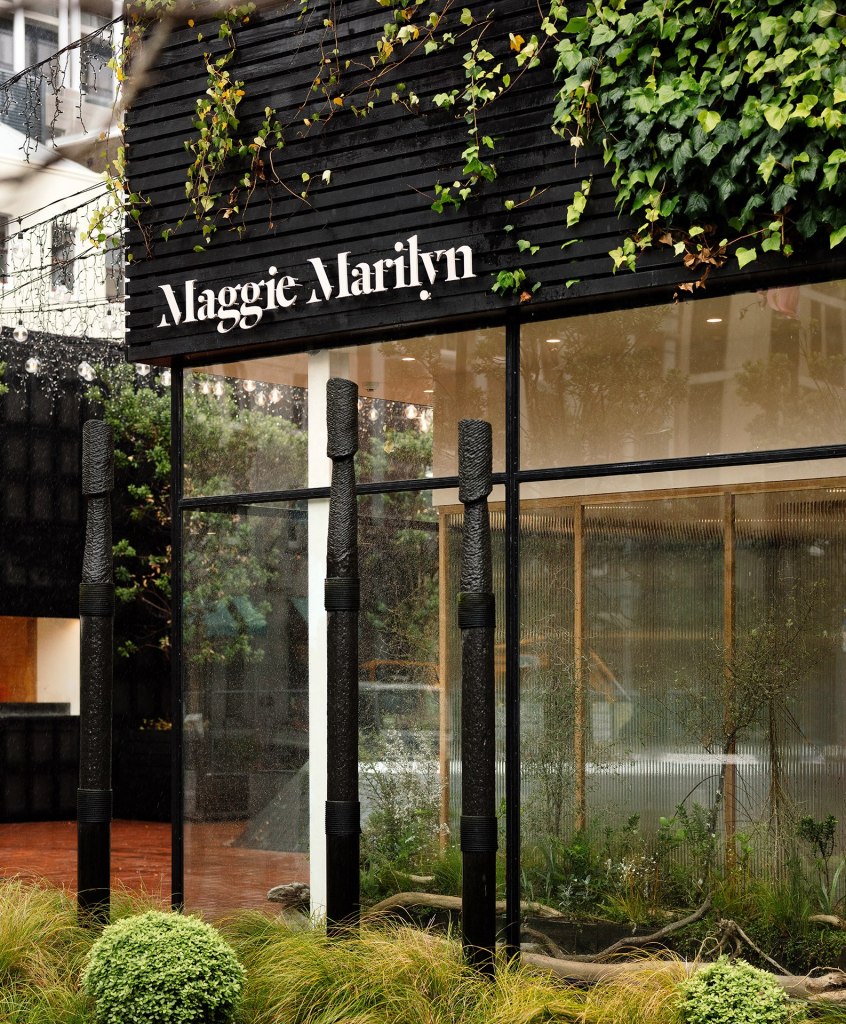 Designed by Auckland-based interior designer Katie Lockhart, the store features oak-paneled fittings and corrugated glass panels, with garments merchandised behind a series of sliding doors, reminiscent of a wardrobe.

“I think all of us working in this industry understand the challenges of being on that hamster wheel and feeling like you can’t get off,” said Hewitt, who was selling through more than 70 international stockists within two years of graduation from Auckland’s Whitecliffe College of Arts and Design in 2015, including Net-a-porter, Bergdorf Goodman, Lane Crawford and Selfridges.

“We grew so quickly, the wholesale side of our business, so it became quite disconnected from who our customer was. I think we really just wanted to take the bull by the horns and own our story, own our messaging, own how our product is displayed in our stores,” the designer said.