This is the Paris-based Alaïa’s first flagship outside the French capital, where it currently operates two stores and sells at shops including Galeries Lafayette, 10 Corso Como and Harrods. 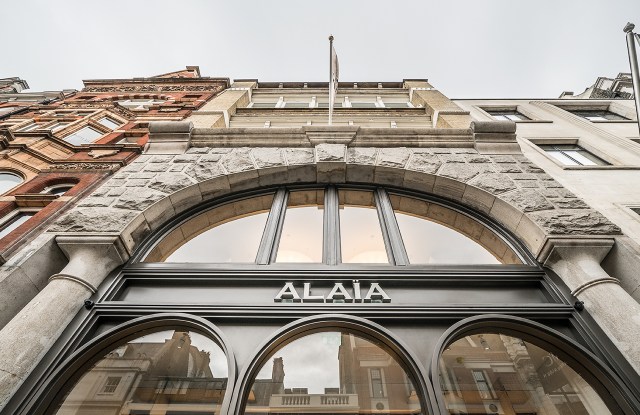 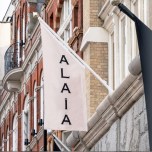 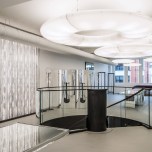 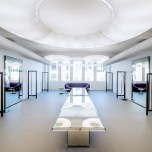 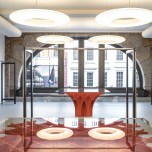 LONDON — In what’s shaping up to be a major year for Maison Alaïa in the U.K., the house founded by the late Azzedine Alaïa will open a flagship here on Tuesday.

This is the Paris-based Alaïa’s first flagship outside the French capital, where it currently operates two stores and sells at shops including Galeries Lafayette, 10 Corso Como and Harrods.

Located at 139 New Bond Street — near to IWC and Fendi — the 6,000-square-foot London flagship spans three floors. The space was the former home of the vintage jeweler S.J. Phillips. The store will stock Alaïa’s full range, including ready-to-wear, shoes, bags and accessories as well as limited-edition pieces and couture by appointment.

Carla Sozzani, one of the designer’s closest friends and a longtime muse, said Alaïa had always loved to visit London because it was so close to Paris, and he always felt at home here. In the past, when Alaïa’s best friend Joseph Ettedgui, his closest friend and founder of Joseph, opened his first boutique, Alaïa’s clothes were there and together they chose the furniture for the store. Ettedgui and Alaïa were so close and Sozzani said London had a special place in his heart.

“We would often stay at the Connaught Hotel, walk around here and see the new jewelry at S.J. Phillips. So when the place was available, Azzedine was super happy. He loved the space.”

She said that Alaïa, who died suddenly last fall, was hands-on with the design of the space. Sozzani, who worked on the interiors of the store with the late designer, said he wanted everything to be transparent and light. He furnished the boutique with bespoke pieces from a range of artists. “We have been collecting designs together for over 40 years,” said Sozzani.

Taking a cue from the Paris stores, the flagship showcases a range of artworks from international artists and designers.  There is a painting by Christoph von Weyhe that is placed near glass furniture by Naoto Fukasawa, Shiro Kuramata, Piero Lissoni, Renzo Piano and Tokujin Yoshioka. Works by Pierre Paulin and Martin Szekely sit alongside Marc Newson’s light installations and a wall sculpture created by Kris Ruhs.

The Compagnie Financière Richemont-owned brand is paying about 1,500 pounds per square foot for the space, according to sources. The building is owned by Trophaeum, the property owner and developer that’s been stocking nearby Albemarle Street, and other parts of Mayfair, with luxury brands, flagship stores and restaurants, including Amanda Wakeley, Aquazzura and Alexander Wang.

While the brand declined to share first-year sales projections, Sozzani said that the U.K. market is important to the brand and described the Alaïa customer as international. “It’s very good and it’s strong,” said Sozzani. “We have Harrods, Selfridges and Dover Street Market, and now this store. But this place is very important for us because it was really Azzedine’s choice to be here.”

After the designer’s passing, Sozzani said no one considered canceling the plans to open the store. She said the designer was always planning to safeguard the future of the house.

In terms of plans for the collections and the store merchandise going forward, Sozzani said that Alaïa wanted his designs and aesthetic to live on.

“The people who worked with him at the maison — they still work there,” said Sozzani, “No one has left. Everyone is super motivated and they loved working with him. They want to continue his work.”

The label said last December it would continue to create new collections. Sozzani indicated no official successor would be named. “No star designer — nobody can be Alaïa,” she stated firmly. Instead, the studio team, which moved into a new location after the designer’s death, will continue to work from his archives.

As reported, an Azzedine Alaïa retrospective is slated to open at London’s Design Museum in May. Before his death, the designer had helped curate the show with Mark Wilson, chief curator of the Groninger Museum. The show will look at the impact Alaïa’s work has had worldwide.

The Tunisian-born designer, a couturier of the modern era whose body-con designs defined Eighties fashion, died of heart failure last November. He was laid to rest in his native Tunisia in Sidi Bou Said, where he had a second home.