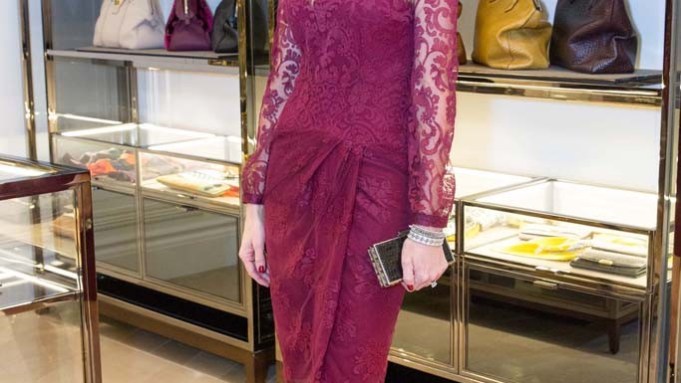 MAKEOVER MOMENT: Burberry’s San Francisco flagship had its big reveal on Tuesday evening after a long renovation, eliciting oh’s and ah’s from a crowd consisting mostly of socialites. David Bowie belted out “Golden Years” as hosts Sloan and Roger Barnett and their guests — Vanessa Getty, Kathryn Lasater, Jacqueline and David Sacks, Katie and Todd Traina, among them — filtered into the opulent four-story space. They ate smoked-salmon tea sandwiches and eyed the store’s new upgrades — a dramatic staircase, a chic mezzanine salon and a beauty bar — while racking up fall merch (sales from the party benefitted the Fine Arts Museum of San Francisco). Carol Bonnie and Vandy Boudreau could not stop giggling in one corner. Deciding to drive downtown to the party together, they discovered, when Uber arrived, they were wearing the same silver lace Burberry dress. “I love my dress,” chortled Bonnie, Champagne flute in hand. “And now I’m seeing double.”