Making the Grade at Vanity Fair

Vanity Fair's Best Dressed List is a bit of an under the radar process. 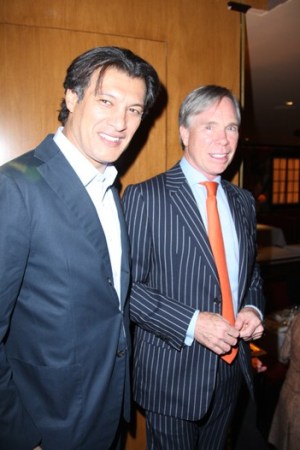 When Oscar season strikes, you have a pretty good idea who’s angling for a nomination based on which ads get taken out in the trades. Not so the Vanity Fair Best Dressed List, which is a slightly more under the radar process—even if its recipients take their clothing choices very, very seriously.

“I didn’t have a plan,” said one of the newest honorees, Chiara Clemente, when asked how she’d wound up on the list. “They called from Vanity Fair and asked some questions and said ‘It’s not certain you’ll be in the issue.’” She later heard she’d made the cut from a friend who picked up Vanity Fair’s latest issue on newsstand. Others in the crowd included Frederic Fekkai, Tommy Hilfiger, Lynn Wyatt, Uma Thurman, Graydon Carter, Fran Lebowitz, Tory Burch, and Manolo Blahnik.