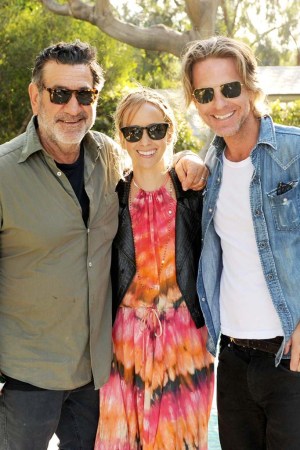 MALIBU MIX: Oliver Peoples feted its new Oliver Peoples West collection on Saturday with an outdoor exhibit in Malibu, Calif., by two-time world champion surfer and photographer, Daize Shayne Goodwin. Never-before-seen prints of surf legends from Goodwin’s Ohana series were on display poolside at a private home, as were the beach- and sports-friendly frames, priced at $265 to $295.

“These were taken in 1999 when pioneer surfers really helped shape the culture,” said the Kauai, Hawaii, native, one of the original Roxy girls who has also been sponsored by Vans and Hurley.