The Manchester United soccer team swept into Cipriani Wall Street for a dinner and fashion show sponsored by Hublot. 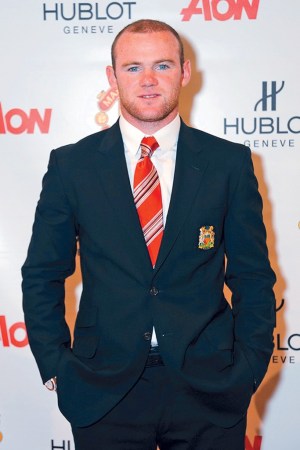 OUT OF AFRICA: Having recently extended her collaboration with the nonprofit Indego Africa, Nicole Miller will visit Rwanda in October to meet with female artisans in the Cocoki cooperative. The designer will teach the group’s female artisans more advanced draping, patternmaking, cutting, sewing and tailoring. The fair trade goods were immediate sellouts in the designer’s Miami boutique, as well as on her label’s e-commerce site.

After her visit, two Cocoki representatives will visit Miller’s New York offices to finalize what will be the first purchase order placed directly between a Rwandan cooperative and an American company. Noting that Indego Africa has a business management training program, chief executive officer Bob Stone explained, “We’re not just interested in creating these projects. We want to enable these women to be independent of us.”

Aside from wanting to meet the women one-on-one, the hands-on designer plans to select fabrics and offer such new categories as dresses and tops. In May, the Fair Trade Federation gave Indego Africa its “Excellence in Product Design” award for the design of textile bangles and woven bracelets, which Miller started selling last year. “I was really impressed with Indego Africa’s unique take on helping women in need — it’s a modern take on helping women,” Miller said Monday. “I was also really interested in the fabrics. I cannot wait to hit up the African fabric markets — picking patterns and colors for use in upcoming product.”

PEDAL PUSHERS: Getting around town during New York Fashion Week is always tricky, but this fall, showgoers will have another transportation option — designer bicycles. Diane von Furstenberg, Isaac Mizrahi, Elie Tahari, Nanette Lepore and Rebecca Taylor are among the recruits who are helping The Fashion Center BID jazz up Bowery Lane Bicycles that will be available to borrow at designated areas in the Garment Center. Users partaking in the bike-sharing program will not dash off scot-free — credit cards are needed to ensure the two-wheelers are returned unharmed.

RECORD BREAKER: Express broke the Guinness World Record for the most people to walk a catwalk, getting 1,243 individuals to traverse a 70-foot runway set up in Times Square last Saturday.

Considering the scorching heat on the day, it was no easy feat. Express distributed more than 1,200 Fiji water bottles and 1,200 T-shirts with the slogan “a model for the minute” that the catwalkers wore, among them New York City police officers, fashion enthusiasts, tourists and Lauren Griffin, a resident of the city who became the 522nd catwalker, setting the new record. New York City’s Naked Cowboy also did the catwalk, but declined the T-shirt.

The previous record was established by Galeries Lafayette in Paris in 2010, when 521 people walked a catwalk. Express capped the event with a holiday 2011 fashion show streamed live at express.com and broadcast live on building screens in Times Square.

STOP BY FOR A BITE: Woven shirts, Caribbean shrimp and mai tais — the Tommy Bahama flagship in New York will have it all. The manufacturer, which is planning to open a retail store at 551 Fifth Avenue this fall, has taken additional space to add a restaurant, bar and lounge. Tommy Bahama operates 90 retail locations around the U.S., 13 of which have a restaurant and bar. The New York location, which will now span more than 18,000 square feet, is located in the Fred French Building on the corner of 45th Street. The restaurant will feature two bars, the Marlin bar on the ground floor and the Dining Room bar on the second level. It will serve a variety of rum drinks along with draft beers. Island Time, Tommy Bahama’s version of happy hour, will provide diners a vast selection of small plates and island-inspired snacks. There will also be a private dining room for up to 40 people. The store and restaurant are expected to be completed in time for the holiday shopping season.

TO THE MAX: “It’s taken me months — no, years — to get the place looking like this,” said Leon Max as he greeted guests at Easton Neston, his Northamptonshire, England, estate over the weekend. “But look at it, it’s most definitely been worth it.” The grand country house — which doubles as Max’s design headquarters — was designed by Nicholas Hawksmoor, with two wings by Sir Christopher Wren. Guests, including Josephine de la Baume, Mary Charteris, Marios Schwab, Lara Bohinc, Jake Chapman, Dinos Chapman, Detmar Blow and Lady Victoria Hervey sipped raspberry cocktails, and saw Pixie Geldof deliver a surprise performance with her band, Violet. Instead of her usual gigging uniform of jeans and rock Ts, she wore a full-length asymmetric gown from Max’s spring collection. “It’d be rude to show up to somewhere like this looking scruffy,” she said.

WRANGLER’S NEW LADY: Wrangler Western Wear has signed country music artist Laura Bell Bundy to be the face of its Booty Up uplifting jean, a new product featuring patent-pending technology designed to compliment the female shape. The jean is designed to visually lift the rear end by specially placed darts at the side seam and a half-moon shaped double riser. It launched this summer and retails for $60.

Bundy, who is an actress as well as a singer and received a Tony nomination for her role as Elle Woods in “Legally Blonde,” will also be featured in national print, radio and online advertising as well as in-store marketing initiatives for the Booty Up jean.

NEWS TO FASHION: Giuliana Rancic, the E News anchor who also appears in the reality show “Giuliana & Bill” on the Style network, is getting ready to launch a clothing line. Rancic, on hand for Nivea’s 100th anniversary at Grand Central Terminal on Monday afternoon, said samples are being made now and 10 to 12 pieces, including a fake leather deconstructed jacket, will be shown in January. She’s also designed three handbags. “Everything will probably be around $50, so very reasonable,” said Rancic, who also hosts “Fashion Police” on E.

A regular on the red carpet, Rancic is well versed in what the celebrities are wearing, but when it comes to her own line, she said Gwyneth Paltrow is the dream celebrity customer. “She has great style that’s not fussy and that’s what we’re going to do,” she said.

ALL OVER TOWN: Miriam Haskell collaborated with vintage retailer Decades on a capsule jewelry collection, which will make its debut in Decades boutiques this October (with a rollout to national department stores such as Nordstrom in November). The 24-piece collection named Uptown/Downtown comprises earrings, bracelets, rings and necklaces and will retail from $250 to $1,500. Materials include glass pearls, semiprecious quartz and pyrite, gilded Russian gold and gunmetal, vintage chains, beading and stylized crystal.

COMEBACK KIDS: Ashley Turen and Jackie Brander, who watched the economy derail their respective retail businesses, are collaborating on a new concept. Turen, an artist and designer, operated until 2009 a 400-square-foot shop featuring her own designs on the Lower East Side’s Ludlow Street, while Brander was co-owner of Fred Segal Fun and the force behind the Disney Vintage collection. The women, who live on different coasts, met through a family friend and decided their skill sets were complementary. On Sept. 7, they’ll open a 1,300-square-foot store, called A. Turen, at 85 Stanton Street. The offerings will include Timo Weiland, Kimberly Ovitz, Lars Andersson, Tim Hamilton, Rad Hourani and Stone Island, as well as jewelry by Ann Dexter Jones and Venessa Arizaga. Turen’s hand-painted apparel made from reworked vintage items will also be showcased.

CHINA TOWN: French daily Le Figaro is to launch a free booklet geared to Chinese tourists flocking to the French capital. “Paris Chic,” a quarterly published in Mandarin, will be distributed in China and France. The 32-page booklet will include tidbits on beauty and fashion and hot addresses in the City of Light. The guide will be available in hotels, banks and airports.

DOUBLE-DIPPING ON DOVER STREET: Hussein Chalayan was a busy man this week in London, keeping the tills humming at Dover Street Market. On Thursday, he signed copies of his new book, “Hussein Chalayan” (Rizzoli), and feted the launch of his latest fragrance, Airborne, which he was quick to stress bears no relation to his fall 2007 ready-to-wear show. “The editing process was rather painful,” he said of the book, because he was forced to whittle down his illustrations and images to a mere 250. The book was unveiled during the designer’s first major retrospective at Paris’ Les Arts Décoratifs. The fragrance is technically Chalayan’s first — although he did do a collaboration with Colette in 2005 — and has been produced with Comme des Garçons. He said it reflects his journey from his native Cyprus to urban London. The juice includes notes of Tunisian neroli, lemon from Syracuse, bergamot, lentiscus from Cyprus, juniper berry, incense, musk and cedarwood. The rollout of Airborne will continue through the month of July. A 50-ml. eau de toilette spray retails for $95.

ROYAL RTW: Los Angeles is becoming a favorite destination for the world’s royal families. On the heels of the Duke and Duchess of Cambridge, Noor Rashid Al Khalifa and Haya Mohammed Al Khalifa, designing cousins from Bahrain’s royal family, hosted a cocktail party on Wednesday at the Sunset Tower Hotel to launch the U.S. sales of their year-old line Noon by Noor. Currently sold on their e-commerce site and at Saks Fifth Avenue in the Middle East, Noon by Noor hopes to appeal to Western customers with what Haya calls their “touch of Arabic style in a modern way.” While several of the dresses seemed too boxy and matronly for Kim Kardashian, AnnaLynne McCord, Demi Lovato and other guests, who preferred to show a lot of skin and curves, the variety of harem pants and silk separates seemed to appeal to reality TV personality Lauren Bosworth, who paired Noon by Noor’s watercolor-print silk skirt with a drapy top. When not greeting potential customers, Noor said she and Haya, who both studied fashion design at Marymount University in Virginia, like to go shopping in Los Angeles.