U2, cohosting with Anna Wintour and Burberry, screened “Mandela: Long Walk to Freedom” Monday evening at the Ziegfeld Theater in Manhattan. 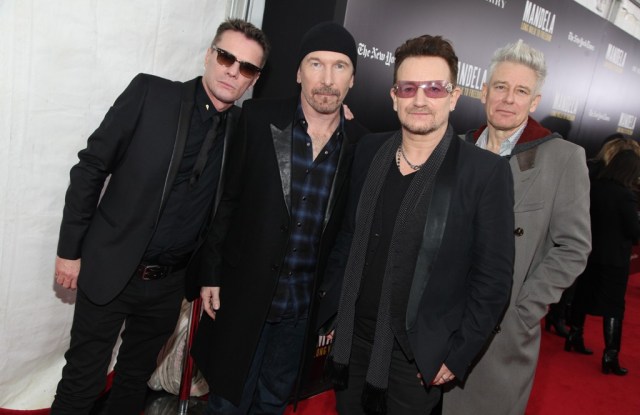 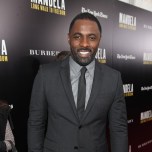 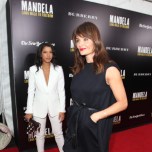 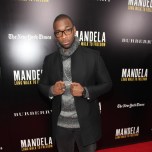 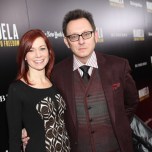 MARCH ON: U2 screened the new film “Mandela: Long Walk to Freedom” Monday evening at the Ziegfeld Theater in Manhattan. The band has contributed an original song, “Ordinary Love,” to the soundtrack because, Bono said, they wanted to pay tribute to Nelson Mandela’s legacy. “The [Mandela] family paid a brutal cost for freedom in South Africa. That’s really what the film is about. It’s kind of a love story, a complicated love story, and we wrote a complicated love song in honor of that,” he said.

Zenani, Mandela’s daughter, thanked the band for their activism and music during a brief introduction at the screening. The band was cohosting with Anna Wintour and Burberry. Idris Elba, who is attracting Academy Awards buzz for his performance in the title role, said the part required intense preparation. “I watched a lot of footage, I listened to his voice a lot, I watched his body language, I watched people and how they reacted to him and that’s how I realized what his essence is about,” he said.

After the screening, a select number of moviegoers — Naomie Harris (who plays Winnie Mandela in the film), Lenny Kravitz, Helena Christensen, Iman, John Varvatos, Juliette Lewis, Gina Gershon, Dermot Mulroney, Ali Hewson, and Jessica Stam — retired to sip Champagne at an after party hosted by Harvey Weinstein, whose company is releasing the film, at nearby restaurant Le Bilboquet.