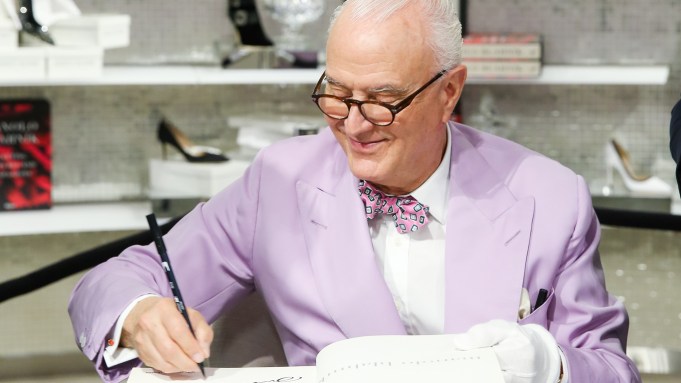 MY MANOLO: After creating myriad designs for the large and small screen, Manolo Blahnik — the man — will step into the cinematic spotlight as the star of a documentary feature film to be directed by Michael Roberts.

“Manolo (The Boy Who Made Shoes for Lizards),” is being produced by Nevision Studios One Limited and production is currently underway, according to those involved in the project.

Roberts said: “Having known Manolo for over 30 years, I can say he is a multifaceted intellectual and romantic whose engaging mind and ingenious work is made for entertaining cinema.”

RELATED SLIDESHOW: Manolo Blanhik Shoes in Popular Culture From “Sex and the City” to “Gossip Girl” >>

Content Media has acquired worldwide sales rights to the documentary and will introduce the film to distributors in Berlin during the European Film Market next month.