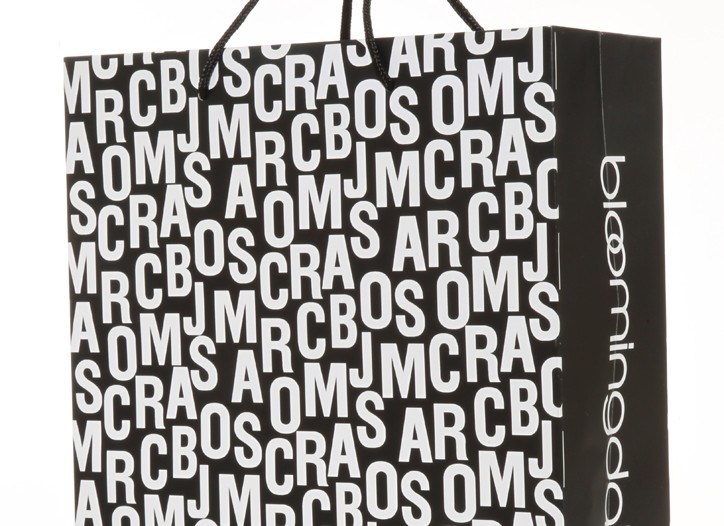 IN THE BAG: Along with all the renovations, beauty installations and designer shops added in the past years, there’s another new look at Bloomingdale’s — limited edition designer shopping bags. They’re created by Tory Burch, Elie Tahari, Marc Jacobs, Zac Posen and Michael Kors to commemorate the 59th Street flagship’s multiyear overhaul and will start being distributed early next month on days when each designer gets spotlighted in the store. It’s all part of Bloomingdale’s current campaign, Check It Out, geared to flag Bloomingdale’s new shops and updated B-way, and get another lift to the business through designer appearances and shopping events.

ELIE’S INTIMATE DESIRE: Elie Tahari may soon be launching a line of lingerie. Tahari confirmed he is shopping around for a lingerie license, saying, “We think lingerie and intimate apparel would be a perfect addition to our lifestyle brand and we have been speaking with several people regarding the opportunity.”

FLASH FASHION: Idea-a-minute flash sale retailer Gilt has been secretly interviewing designers all around town in preparation to launch its own line, according to a source. Could the merchant be looking to tap a well-known name such as Thom Browne or Zac Posen to create a lower-priced line just for Gilt, as Target did with Isaac Mizrahi or Uniqlo with Jil Sander? Or perhaps the idea is to invent a Gilt-branded line with its own identity and style, à la Barneys New York or Shopbop’s Bop Basics?

The company admitted it is exploring the idea, but nothing has been finalized. “We have not made a decision, but we are looking at the possibility,” said a spokeswoman.

ALL FOR CHARITY: LaVelle & Co., the mentoring group for young ladies founded by LaVelle Olexa, will stage its first charity event Nov. 8 at Marlborough Gallery Chelsea to support the New York Public Schools Summer Arts Program. Betsey Johnson, Mindy Grossman, Francine LeFrak and Jane Elfers, all among the guest speakers at LaVelle & Co. gatherings, will be in the crowd. “With each guest, the theme has been the importance of giving back. Consequently, that became the objective of their banning together — to do an event for education,” Olexa said.

VAMPING IT UP: El Museo del Barrio celebrated Halloween a few days early when its Young International Circle threw a Día de Los Muertos-themed bash Thursday night at the Tribeca Rooftop. Yaz and Valentin Hernandez, Alexa Rodulfo, Carlos Campos, Luisana Mendoza and Bibhu Mohapatra relaxed on sofas dotting the expansive space and took in a traditional Mayan dance performance before hitting the floor themselves. Attire was more glam than costumed — Miss Mexico Jimena Navarrete donned a strapless white gown and red mask, complete with her Miss Universe sash — but Liliana Dominguez managed to combine both in a sparkly dress, accessorized with zombielike contact lenses and fake fangs. She had a fan in Melissa George, who had yet to select her Halloween outfit for the weekend.

“I want sharp teeth and lots of blood running down my neck,” she said.

GUCCI GOES 3-D: Gucci is the latest eyewear brand to introduce 3-D glasses for moviegoers seeking something a bit more stylish than flimsy plastic frames. The $225 glasses, produced by licensee Safilo, will be available exclusively in Gucci’s U.S. boutiques this December and are compatible with movies shown in the RealD format. The unisex style is based on the aviator frame released earlier this year as part of the Gucci Eyeweb collection, a youth-focused line designed by creative director Frida Giannini. Other brands that have launched 3-D glasses include Nike, ck Calvin Klein and Nautica.

IN THE WORKS: Housing Works is celebrating its 20th anniversary this year with a series of events chaired by designer Thom Browne tied to its annual Fashion for Action fund-raising sale. A dinner will be held on Nov. 15 at the Lodge at MTV, honoring Broadway Cares/Equity Fights AIDS and activist Eric Sawyer; a cocktail party and VIP shopping preview will take place on Nov. 18 at the Rubin Museum of Art, and a public sale of donated merchandise will be staged at Housing Works’ Chelsea store from Nov. 19 to 21. More than 150 brands have contributed $1 million worth of clothes and accessories, which will be sold at 50 to 70 percent off retail, with the proceeds benefiting Housing Works’ programs supporting people affected by HIV/AIDS.

GETTING THE GOAT: Bergdorf Goodman spotlights baby cashmere this week with a gallery-style exhibit Wednesday through Nov. 14 illustrating what Loro Piana goes through to source the precious fiber from Mongolian shepherds and transform it into coats, sweaters, capes and scarves that are extremely warm, lightweight and soft, and sold just at Bergdorf’s and at Loro Piana stores. “It’s incomparable,” said Sergio Loro Piana, LP’s co-chairman and chief executive officer. Baby cashmere, he noted, is “derived from the first and only combing of Hyrcus kid goats aged 3 to 12 months with a diameter of 13 to 13.5 microns, versus 14.5 of adult goats.”

According to the store’s executive vice president of merchandising, Ginny Hershey-Lambert, the underfleece of 19 baby kids is needed to make a pullover, 58 for an overcoat. The story of Loro Piana Baby Cashmere, a registered trademark, has been documented by photographer Bruna Rotunno in a book “Baby Cashmere: The Long Journey of Excellence.”

BLUE LIGHT SPECIAL: To mark Thursday’s 25th annual gala for The Doe Fund, supporter Ethan Hawke got the nod to help light the Empire State Building blue earlier in the day. Acrophobes would not have welcomed the honor. The task required the actor to be out on a ledge without a railing, 100 floors up to pull the lever, but hours later he was unfazed by the suggestion that it was a pretty good New York day. “Any day someone doesn’t get hurt is a good day,” he said.

Hawke was more heartfelt addressing the crowd that helped raise $1.75 million, including co-chairs Wendy and Steve Madden. Commending the group, which helps homeless men get back on their feet, Hawke described how struck he was by life’s imbalances en route to Harlem for a Doe Fund meeting after dropping off his son at a private school downtown. “My son and I think we hit a triple, but we don’t know we were born on third base,” he said.

Afterward, the “Training Day” star said his next at-bat, so to speak, will be in Tom Nohilly’s first play, “Blood From a Stone,” which starts previews next month.