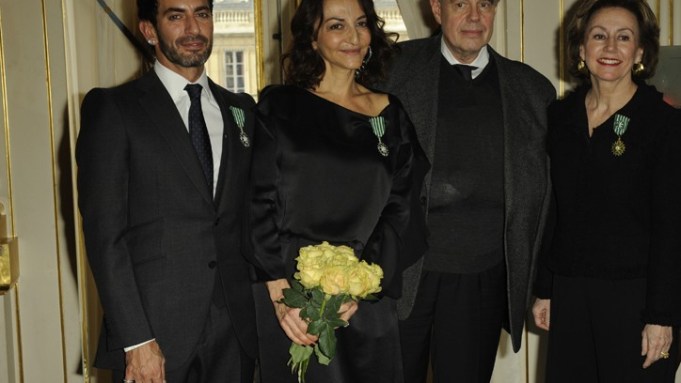 Though his voice cracked at times, Jacobs delivered his acceptance speech in near-flawless French. “I practiced all night and all morning,” said the designer, who traded in his trademark kilt for a sober gray suit. “I’m just kind of overcome with emotion. It really means a lot to me, as an American, to be honored by a country that I love so much.”

Mitterrand said Jacobs followed in a long line of illustrious Americans in Paris. “Coming after Gene Kelly is not bad!” Mitterrand quipped.