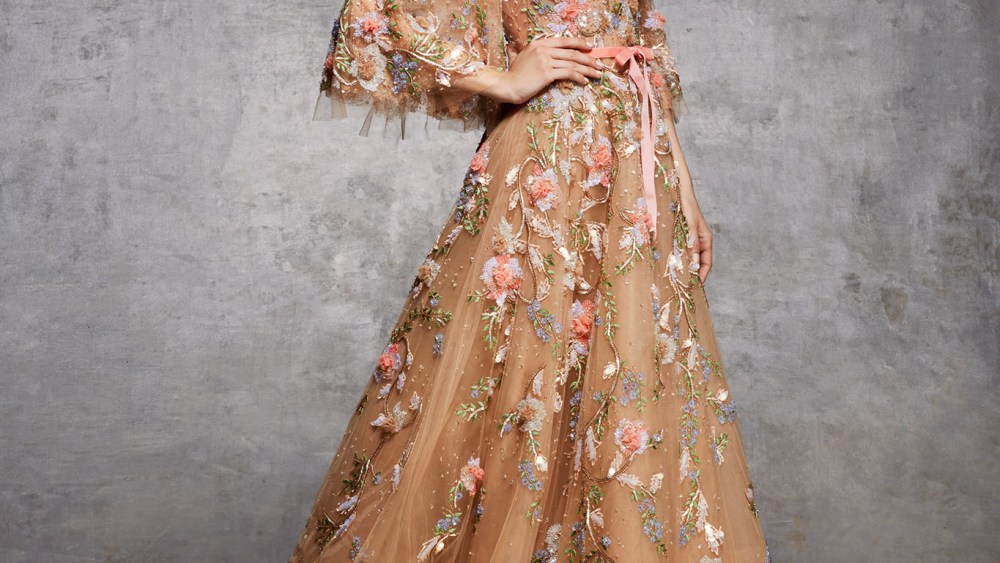 That is just one of many interwoven sidebars to the huge, ongoing story of how the exposure of widespread workplace-related sexual misconduct will change the culture.

In the big picture a small sidebar, yet one of major significance to Marchesa principals Georgina Chapman and Keren Craig. As everyone knows, Chapman is the soon-to-be ex-wife of Harvey Weinstein, whose then-incredible Hollywood clout helped launch the brand and catapult it to red-carpet prominence.

Whether the company will ultimately survive the horror of Weinstein’s transgressions remains to be seen. In October, shortly after the news broke, WWD posed the question to a number of retailers. While several bridal stores expressed support for the brand and its principals, among major retailers, only Bergdorf Goodman’s Linda Fargo would go on the record. She noted that Bergdorf’s was the first store to commit to the brand in 2004, and that “We have been avid supporters of Georgina and Keren’s work ever since and hope to continue supporting the brand in the future.” Also in October, Berkshire Hathaway-owned Helzberg Diamonds put on hold the launch of a collection of Marchesa engagement rings.

Since then, there’s been little concrete news to report on Marchesa until now. With the pre-fall season 2018 season winding down, Chapman and Craig have tacitly indicated their intention to continue the business on the current fashion schedule, without taking a hiatus, even if their silence adds a level of surreality to what would otherwise be a basic non-runway (which is to say, minor) seasonal opening. This afternoon they released lookbook photos of their pre-fall collections for both Marchesa and Marchesa Notte without holding press appointments. While WWD does not review collections we don’t see the old-fashioned way, in person, we do post newsworthy photos. From the pictures, both lineups look quite lovely. In context, the accompanying statements of inspiration read as deliberately safe, though that may be projecting too much onto typical nature themes. The Marchesa collection “visits a nocturnal garden party, boasting dramatic silhouettes and colors,” while Notte pays homage to the “vibrant, tropical fantasy that was the kingdom of Hawaii and their last crown princess, Ka’iulani.”