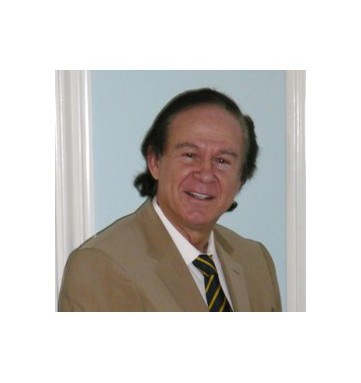 GUESS WHO’S RUNNING FOR GOVERNOR: Georges Marciano, the Beverly Hills-based entrepreneur who co-founded Guess Inc., is making a run for the California governor’s office. Marciano, 62, announced his candidacy as an Independent on Tuesday, joining former eBay chief executive officer Meg Whitman, Los Angeles Mayor Antonio Villaraigosa and San Francisco Mayor Gavin Newsom among the potential high-profile contenders vying to succeed Gov. Arnold Schwarzenegger for the top political office in the country’s most populous state. Rod Harrell, Marciano’s campaign manager, said Marciano’s political platform is built on the idea of creating jobs and not increasing taxes for the average citizen. “He doesn’t need it nor does he want fame out of this,” Harrell said of his boss. “It’s more about doing things for the people of the state.”

Politician is the latest career for Marciano, who arrived in Los Angeles from the South of France in 1977. Five years later, he started Guess with his brothers, Paul and Maurice. In 1992, he left Guess, where he had handled merchandising. Maurice, Paul and another brother, Armand, subsequently bought his shares for $240 million. Since then, Georges Marciano has been working in real estate as an owner of commercial buildings. He’s also been avidly collecting art and jewelry, including an 84.37-carat diamond for which he paid $16.2 million at a Sotheby’s auction in 1997.

NEAR AS FOLK: Given their theatrical bent, Viktor & Rolf are naturals for theater costumes. To wit: Director Robert Wilson is collaborating with the Dutch duo for his production of “Der Freischütz,” or “The Freeshooter,” the romantic opera by Carl Maria von Weber. It plays May 30 and June 1 at the Festspielhaus in Baden-Baden. The opera, famous for its portrayal of supernatural themes and tunes inspired by German folk music, was first performed in 1821. And while some of the costumes are vaguely historical, Viktor Horsting, who designs with Rolf Snoeren, described them as “almost comic-striplike.”

SHARAPOVA’S SET: It was a love match for all at Tuesday night’s Cole Haan dinner in Los Angeles to fete its newest designer, tennis ace Maria Sharapova. Kerry Washington, Josh Hartnett, Jason Lewis, Nicole Richie, Samantha and Charlotte Ronson, Eve and Ellen Pompeo came out to Chateau Marmont to meet the statuesque star, who towered over everyone in four-inch heels that she designed. “Somebody needed to make a shoe that you can stand around for hours in,” Sharapova said, noting that even her stilettos have Nike Air cushioning in them. “I admit, I am a fan,” said Lewis of both the shoes and Sharapova. In fact, the room was full of fledgling designers — Richie was busy Twittering away on her Blackberry after she spotted Washington in her House of Harlow jewelry; Lilly Collins carried a Mary Norton bag she had designed, and Charlotte Ronson wore her own creations. Eve, who’s releasing a new album this summer, said she hoped to get back to the drawing board for her line Fetish. “I’m very specific, so working with a partner can be tough, but I haven’t given up. Actually, seeing Maria is inspiring.”

YVES IN SONG: Yves Saint Laurent’s life is being set to music. French signer Alain Chamfort and songwriter Pierre-Dominique Burgaud are working on staging a musical production based on the late couturier’s rise to the pinnacle of fashion fame, starting with his early days at Christian Dior to his many couture exploits. Pierre Bergé, Saint Laurent’s partner, said he has listened to the songs. “They are very good,” said Bergé. “They are moving.” The production comes less than a year after Saint Laurent’s death from brain cancer last June.

EYE STYLIST: Perhaps best known for giving Angelina her red carpet glow at movie premieres and awards shows, Jen Rade is expanding her fashion résumé. The stylist is teaming up with eyewear retailer Ilori to serve as its brand ambassador. Rade will illustrate eyewear trends at in-store events and appearances and will provide style tips and advice to customers looking to round out their eyewear wardrobe. She’ll start next week at the opening of the newest Ilori store on San Francisco’s Post Street.

WATERWORLD: Jewelry designer Monique Péan is not the average fashion girl. So when she celebrated her Ecco Domani Fashion Foundation Award on Tuesday night at Hosfelt Gallery in Manhattan, it wasn’t the average fashion party. An advocate for the environment with her collection to benefit Charity: Water — an organization that aims to provide clean drinking water to regions where it isn’t available — Péan gave the foundation $20 for ever person at the party who walked the runway down the nave of the space carrying two water jugs. Several revelers took Péan up on her offer. Guests included models Sarah Parr, Katherine Werderitsch and Lauren Bush, with who Péan just returned from a Summit Series Conference in Aspen for the top 100 entrepreneurs in America under 35 years old, sponsored by the United Nations Foundation.

Péan also launched her new collection at the event, which incorporates stones such as rough sapphires, black tourmaline and natural yellow calcite. “I just finished this ring three hours ago,” marveled Péan at the rough-edged soapstone and Herkimer diamond cocktail ring she donned. “It’s like a weapon.”

ROME AWAY FROM HOME: The chic and historic Saint-Germain neighborhood in Paris, where Giorgio Armani has an apartment, is getting even more of an Italian accent. Word has it Silvia Venturini-Fendi has found an apartment in the picturesque Place de Furstenberg, where her aunt, Carla Fendi, has already made herself home.