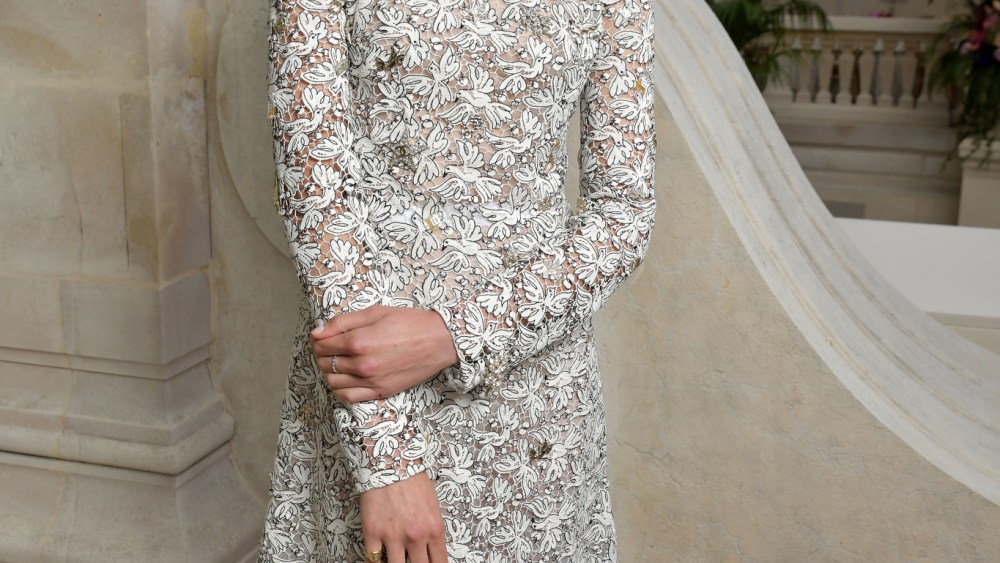 A TOSS UP: Brides don’t usually train in bouquet tossing ahead of their big day, but Margaret Qualley did before impersonating one at the conclusion of Chanel’s fall 2021 haute couture show.

“I did practice. I practiced the day before. And once in the morning. My first throw was pretty good,” she said. “I got lucky.”

Indeed, the flowers traced a magnificent arch above the peristyle of the Palais Galliera and landed in the lap of InStyle editor in chief Laura Brown, who has been documenting her laugh-filled romance with Brandon Borror-Chappell on Instagram.

Qualley was back at the venue Tuesday evening for an open-air dinner, and a chance to tour the Chanel exhibition at the recently renovated fashion museum.

The daughter of actress Andie MacDowell, Qualley made her Paris modeling debut in Chanel’s Paris-Bombay show in 2011, which also featured banquet tables. She flicked through her phone camera roll to show her pink, Nehru-collared suit and nose jewelry, and explained that the late Karl Lagerfeld coached her on ditching her ramrod posture — Nthe fruit of her training in classical ballet — for a more crumpled attitude.

Next up for Qualley is a role as a journalist in Nicaragua in “The Stars at Noon” by director Claire Denis.

After dining on caviar-capped sea bass and raspberry-shaped sorbets, guests took in a performance by Ela Minus, a Colombian-born techno-pop artist.

Chanel Plans to Stage a Fashion Show With Guests in July