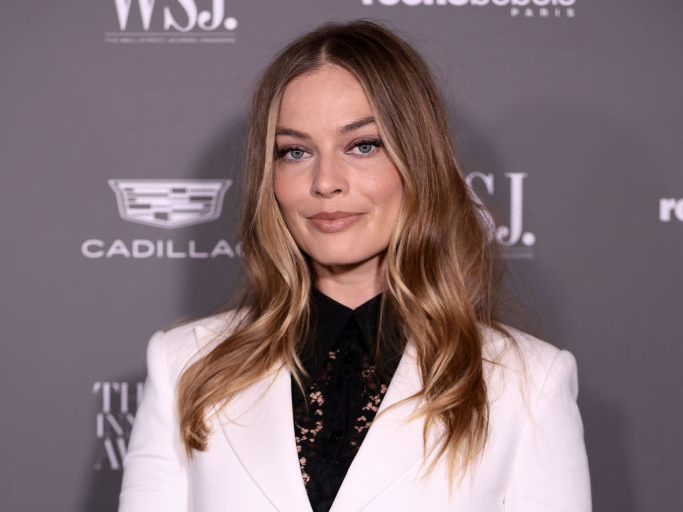 To celebrate the annual awards ceremony, the actress wore a white blazer and matching wide-leg flared pants from Proenza Schouler’s spring 2023 collection. Under the jacket she had on a black lace button-down shirt.

For makeup, Robbie went for a nude lip, a hint of rose-colored blush, mascara and earth-tone eye shadow. She had her hair parted down the center and done in a wavy style.

Earlier this year, Robbie was on the promotional circuit for her film “Amsterdam,” where she costars alongside Rami Malek and Christian Bale. The London premiere of the film saw the star sporting a Celine dress and Messika jewelry.

Over the summer, Robbie was seen filming “Barbie,” a live-action film based on the world-famous doll, where she stars alongside Ryan Gosling, who plays Ken. The film aligns with the Barbiecore trend that has fed fashion’s current obsession with pink. The movie is scheduled to debut in 2023.