Cornejo marked the five-year anniversary of her Melrose Place boutique, and was toasted by Hollywood friends and fellow designers. 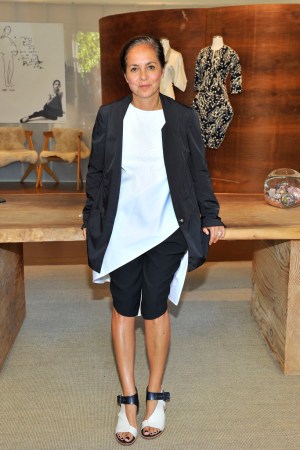 FIVE IN THE BOOKS: Maria Cornejo marked the five-year anniversary of her Melrose Place boutique on Friday with a little help from her friends Marisa Tomei, Nina Clemente and her daughter Bibi Cornejo Borthwick, who recently moved to Los Angeles. “I can’t believe it’s been five years, though it’s really been 17,” said the designer of her retail history.