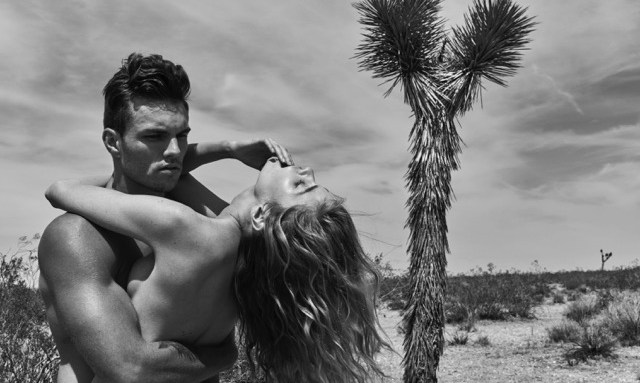 Photographer Mariano Vivanco wanted to archive his work, so he decided to put together a book titled “Portraits Nudes Flowers.”

As the title suggests, the book — which is available now — features old and new portraits, nudes and flowers taken by Vivanco, who has been shooting celebrities and models including Rihanna, Naomi Campbell, Sam Smith and Lady Gaga over the past 10 years.

“It was interesting to see the similarities across what I’ve done throughout the years,” said Vivanco, who added that he hadn’t shot pictures of flowers since he was a student. “It made me think about things that I could do moving forward to add to the book.”

“For me, working with Mariano was very special because I was pretty new to the modeling industry and pretty much jumping right into it,” Pougnet said. “It was pretty cool to be able to shoot with him.”

According to Vivanco, the book, which includes a foreword by Domenico Dolce and Stefano Gabbana, an introduction by Tim Blanks and a conversation with author and TV presenter Janet Mock, also features a portrait of a once shy Anna Dello Russo.

“It was 10 years ago,” Vivanco told WWD. “We were on holiday and you could not take a photo of her. Helmut Newton tried, but all he could get were shots of her back. I happened to have my camera and I was able to get a portrait. Now she is in front of a camera every single second of her life.”

Going forward, Vivanco said his goal is to exhibit his photos — he just signed a contract to start working with the Bernheimer gallery in Munich.

“When I’m at the Metropolitan Museum of Art in New York, my heart skips a beat,” Vivanco said. “I want to have some sort of presence and some sort of career in the art world as well. I feel very strongly about that.”

Proceeds from the sale of the book will go towards Amantani, a British charity that benefits children in the highlands of Perú.