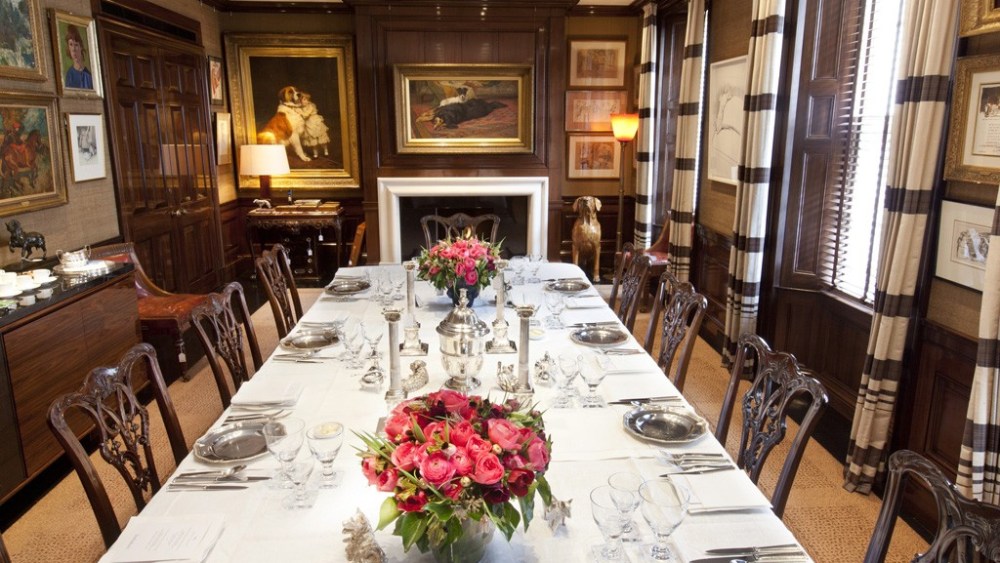 SHOP ‘TIL YOU DROP: The luxe life of the late Mark Birley — aesthete, perfectionist, compulsive shopper, and founder of the legendary London club Annabel’s — will be laid bare Thursday as some 500 of his personal effects go under the hammer at Sotheby’s in London. The objects, which range from a host of dog paintings and drawings — including a Dante Gabriel Rossetti and a pencil portrait of a sleeping dachshund by Birley’s pal David Hockney — to sterling silver bath taps and novelty cocktail shakers, are all from Birley’s South Kensington home, Thurloe Lodge. His daughter and heir India-Jane Birley put the objects up for sale, nearly six years after her father’s death from a stroke in 2007.

“My father, Mark Birley…lived in discreet splendor at Thurloe Lodge. Its style revealed his great depth of character and knowledge of furniture and paintings,” said India-Jane. “Thurloe Lodge provided perfect accommodation for one man, several dogs and an occasional guest. It had not been designed for family living. Hence the difficult decision to sell the old house and its beautiful contents. His ashes are near me on the drinks tray. Better there than in a wet garden. And I like to think he approves of the sale, for being an artist he understands my need to carve out my own space too.”

After opening Annabel’s in 1962, Birley went on to build  an empire of private clubs in London’s Mayfair, which he eventually sold to Richard Caring for $200 million. They included George, Harry’s Bar, Mark’s Club, and the Bath and Racquets Club, which were famous for their fabulous food and the feel of dining in a private home. Indeed, some of the paintings in the Sotheby’s sale have hung on the walls at Annabel’s as Birley, the restless aesthete, was forever swapping them back and forth between his clubs and Thurloe Lodge.

“The walls in his home were covered in silk, and everything was densely hung — dead-straight — by two hooks,” said David Macdonald, deputy director of Sotheby’s furniture department. Macdonald argues, however, that it’s not the paintings or the furniture that truly sum up the man. Instead it’s a silver-plated pocket watch, made by Bulgari and Links of London, and customized for Birley. In place of numbers, there’s an array of daily choices corresponding to the appropriate hour, such as Beluga or Sevruga? Book Sirenuse or Cipriani? Charvet or Zegna? And Backgammon or Bed? He was a man who knew how to live.