The actors discussed style and film at the house’s men’s show on Wednesday. 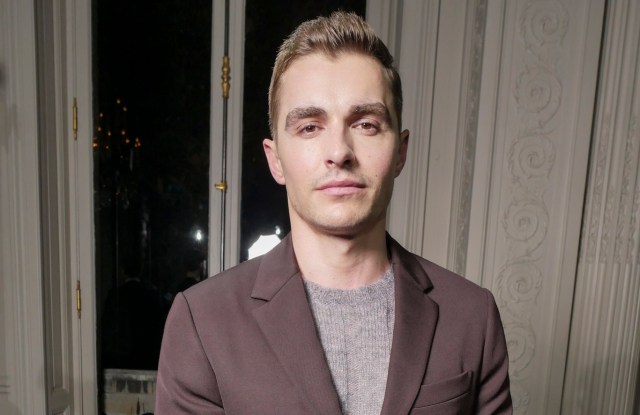 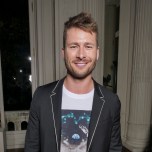 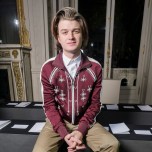 BOY TALK: Dressed in tuxedo pajamas with an astronaut T-shirt, Glen Powell, who was among the high-profile guests at Valentino’s men’s show on Wednesday, said he was trying to wean himself off “the style lessons of Texas” where he’s from.

“I grew up on a ranch wearing Wranglers, like J.R. Ewing, only I’ve never killed any people in my family,” deadpanned the actor.

In terms of projects, the actor recently finished filming Netflix’s romantic comedy “Set It Up” with Zoey Deutch, and Mike Newell’s “The Guernsey Literary and Potato Peel Pie Society,” a love story set in World War II, alongside Lily James.

After the show, Mark Ruffalo, who has just wrapped filming “Avengers: Infinity War,” said he was impressed by how bold the collection was. “I loved the spikes, the embroidered stuff was really cool,” he said, confessing he’s pretty tame when it comes to his own wardrobe.

The actor is busy producing and acting in an HBO TV series based on a book by Wally Lamb called “I Know This Much is True.” Asked if he’d like to direct a movie, he replied: “I did direct a movie a few years ago and loved it, my plan was to quit acting and keep directing but then a whole bunch of acting work came in so I’m stuck doing this for a while.”

Dave Franco was also happy to discuss his latest film project, “The Disaster Artist,” made with his brother, James. “It’s about the making of the best worst movie ever made, “The Room.” We showed the behind-the-scenes of the making of it,” he said.

“’The Room’ is pretty excellent, the reason why it stands apart from the other bad movies is, when you think of a movie like ‘Sharknado,’ that movie knows it’s silly and over the top. With ‘The Room,’ there’s a guy at the center of it named Tommy Wiseau who wrote, directed and starred in it, and he put so much passion into this project, he was trying to make an earnest drama. It didn’t turn out how he anticipated, but when you watch it you’re conscious of it, you can feel the passion underneath,” he said.

He appeared to be less chatty about another subject, however. “Thank you,” he demurred when asked what he thought about the whole #Me Too movement sweeping through Hollywood and beyond, swiftly moving off to the cocktail.