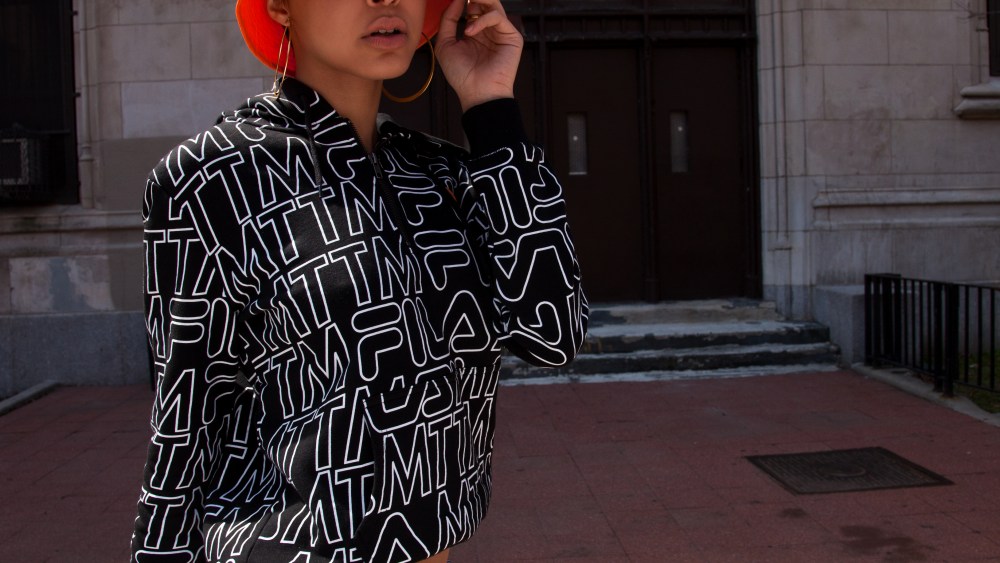 Married to the Mob is collaborating with Fila.

The women’s streetwear line, which was founded by Leah McSweeney in 2004, worked with Fila on a limited-edition assortment for spring.

“Fila is an iconic brand that I was wearing back in the Nineties,” said McSweeney. “It really is a great marriage between MOB and Fila.”

McSweeney said she stayed away from the brand’s signature color palette (red, white and blue) and used mostly black, white and gray with accents of orange and lavender. The collection, which is priced from $25 to $100, includes T-shirts, tanks, long-sleeve shirts, hoodies, jackets, bodysuits, bathing suits, sports bras, shorts, joggers and leggings. The pieces incorporate both Married to the Mob and Fila logos.

The line will be available mid-April on Married to the Mob’s e-commerce site and Zumiez. Later in the month, it will roll out to Freshly Dipped, The Clearport, Rime NYC, King & Duck, Premium Goods, Dolls Kill and Cncpts.

Married to the Mob has previously collaborated with brands including Nike, Burton and Lacoste and Fila has capitalized on its heritage over the past few seasons by dropping capsule collections with Urban Outfitters.