By Rosemary Feitelberg on May 11, 2018
View Slideshow 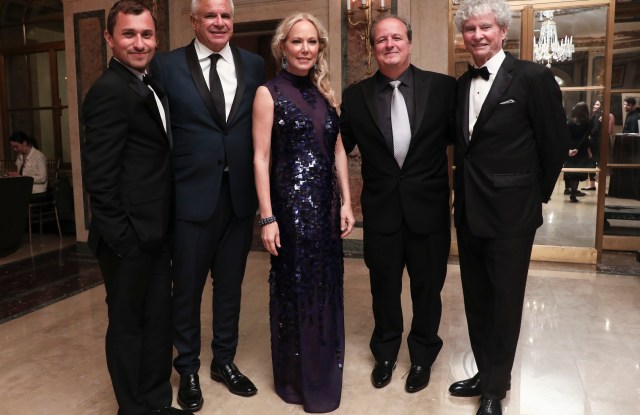 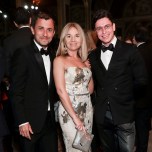 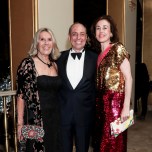 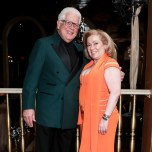 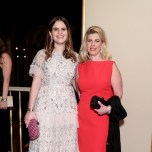 THE ART OF THE MATTER: Thursday’s El Museo del Barrio gala turned out to be a record-breaking occasion, generating $1.1 million for the museum.

Guests like Maria Eugenia Maury, Ágatha Ruiz de la Prada, Yolanda Santos, Monika McLennan and Eugenia Sucre ramped up the fashion at the 25th annual event at The Plaza. Conceptual and performance artist Marta Minujín was honored with the Excellence in the Arts award. In honor of her vibrant art, there were centerpieces of neon-colored geometric-shaped Styrofoam, and larger sculptural pieces lined the south side of the ballroom. In presenting the award, Tony Bechara spoke of how Minujín was “at the vanguard of the Sixties, engaging in the famous happenings along with the likes of [Richard] Rauschenberg, [Merce] Cunningham and [John] Cage. Marta collaborated with Warhol in The Factory and that generation. Her films and photography were at the cutting edge of that movement. Her performances and installations are evocative and genius and persist to today to baffle and delight.”

Her performance and conceptual art has been shown at the Guggenheim, the Museum of Modern Art and the Centre Georges Pompidou, among other places. “Marta has been prescient in understanding the nuances of the power of media before social media. Marta was and is a fierce and ardent active voice both politically and socially. She is a renowned figure in Buenos Aires and in the international work,” he added.

At the podium, Minujín informed the crowd that she would only be speaking Spanish — a proclamation that gained much applause. Minujín told them, “The only thing that keeps life is art, art, art.”

The Bogota-born Esteban Cortazar accepted the Excellence in Fashion award and played up his Latin roots. “I am so incredibly proud and happy and passionate to be Latin — so much,” he said. “And I take that with me and spread it everywhere I go. It’s that warmth we have as Latinos.”

Maestro Julio Reyes Copello, the Cultural Pioneer award, said he came to the U.S. with his wife, then two-year-old son and a deep passion to make good music that could inspire a new experience. “I didn’t speak English at the time. But all I had to do was sit at a piano and play, and I could communicate with anyone. Music is its own language and we all speak it.”

Other honorees included Cesar Reyes, the Outstanding Patron of the Arts award recipient, who said, “I have come to the conclusion that art not only gives you enlightenment, beauty and inspiration, but it also can have the power to heal. After Hurricane Maria destroyed our island, I witnessed how our young artists continued to create and exhibit with more tenacity than ever. I would like to encourage people to go beyond their initial encounters in the world of art and make an effort to understand the experience art in depth.”

After an auction that included a framed acrylic from Carmen Herrera, color photos from Liliana Porter, and a collage from Abraham Cruzvillegas, guests took to the dance floor. Bechara had reason to dance, since the museum had exceeded its goal. McLennan offered another reason: #MeToo, noting the strong showing of female artists who have been featured in the auction.