The fashion ranges from striped tops and jeans to shawls, embroidered shirts and denim jackets. 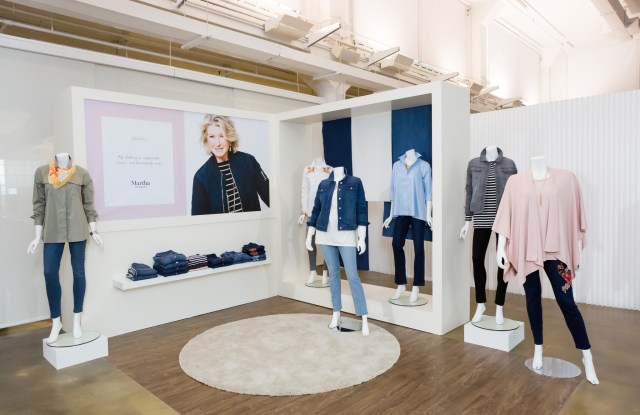 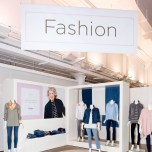 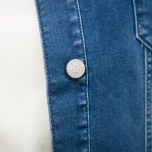 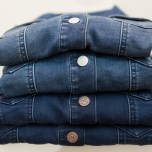 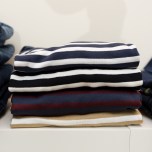 MARTHA’S NEW QVC WORLD: When Martha Stewart took the mic Wednesday night at her launch party to introduce her new QVC products, she pointed out that she and Karen Murray, chief executive officer of Sequential Brands Group (parent company of Martha Stewart Living Omnimedia) were wearing the same blue top from the new line.

“She probably looks better than I do, but my jeans look better than yours,” said Stewart. Her new QVC products, which range from fashion and beauty to gourmet foods and gardening tools, were artfully displayed at MSLO headquarters on West 26th Street. Dylan Lauren, a friend of Stewart’s, was spotted admiring some of the colorful gardening tools.

Stewart’s fashion ranged from striped tops and jeans to shawls, embroidered shirts and denim jackets. Retail prices in the September offering are from $35 to $65.

As reported, Stewart will appear on QVC tonight at 10 p.m. along with models, to give a first look at select items. She’ll show the entire collection on Sept. 25 at 6 p.m. She has several more appearances planned throughout the fall for her other categories. When she appeared on QVC on Aug. 13, the shopping channel sold out of all 20,000 of her “Slow Cooker” cookbook.

“I think it will be very appealing to a wide audience,” said Stewart, noting the “good design, and good manufacturing and affordable prices,” which she said, “is the way to go.”

“I appreciate saving money on things like clothes so I can take a vacation to Botswana,” said Stewart. She invited the press to enjoy the “delicious food” being served, ranging from pigs in a blanket to shrimp cocktail to Martha Stewart wines and porchetta, which will be sold on QVC. “Try all the offerings,” said Stewart. “There are many more things in the hopper.”

Stewart described QVC “as an addictive form of television.”

“QVC will enable me to have my TV programming back again,” she said, noting the added bonus. “I can sell things at the same time.”