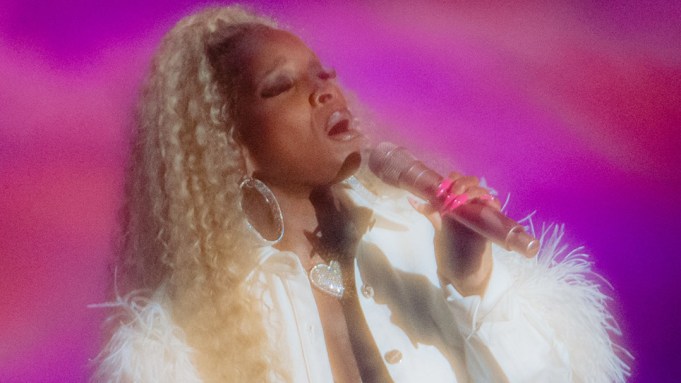 Mary J. Blige went for a bold fashion moment for her latest performance.

Blige played many of her hit songs during the performance, including “Real Love,” “Family Affair,” “Everything,” “I Can Love You” and others.

The Apple Music Live series kicked off in May with Harry Styles in celebration of the musician’s “Harry’s House” album.

Blige is known for wearing standout fashion looks on stage. The musician made an impact earlier this year during the Super Bowl halftime show, where she wore a custom Peter Dundas look consisting of a white and silver, mirror-embellished crop top with cutouts and matching shorts paired with thigh-high Dundas by Sergio Rossi boots. The custom Peter Dundas look was also embellished with Swarovski crystals and pearl beadwork.