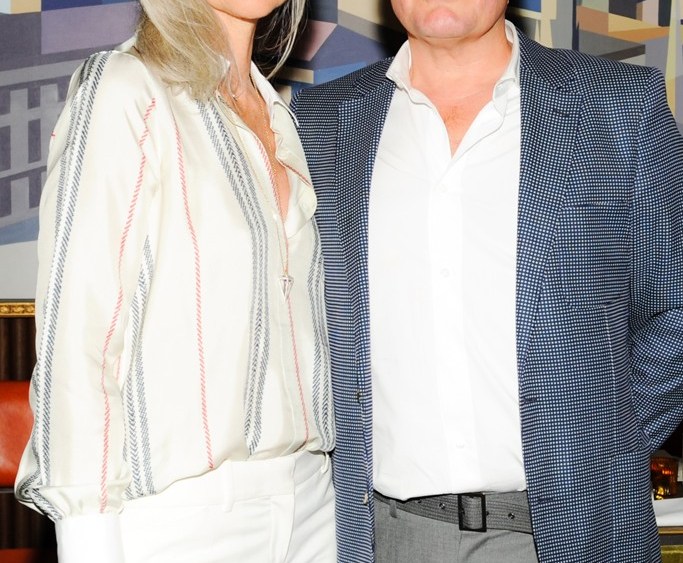 MATCHES POINTS: Tom and Ruth Chapman, owners of London-based Matchesfashion.com, future English expats? The couple, who opened their first Matches store in 1987 (they now have 11 in the U.K.), are feeling an increasing affinity for America, and not just because it’s become one of the top markets for their growing luxury e-commerce business. “My son is here,” said Tom Thursday night at a dinner Matchesfashion.com hosted for editors at Sant Ambroeus in SoHo to celebrate Joseph Altuzarra. “He wants to go to college in Austin, Texas, so he’s studying for the SATs.” The Chapmans were officially in town to toast Altuzarra, who was accompanied by his team, including chief executive officer Karis Durmer, as well as Vanessa Traina and Max Snow. “We love him,” said Tom of the designer. “He has his own direction. He’s stamped his DNA on something and we want to celebrate it.”

But the husband-and-wife retail team couldn’t keep the idea of potentially moving to New York in the near-ish future to themselves. “Usually I have to slowly drip these ideas out to my husband, but I’ve heard him talking to people about it,” said Ruth, who noted that, for now, New York residency is just an idea.