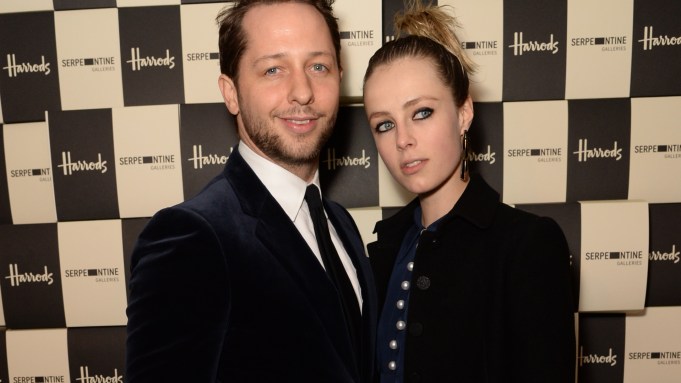 The London-based Italian designer presented the fall collection earlier that day at the Institute of Contemporary Arts.

“I produce everything here,” Sama said. “I studied here so it’s really home for me and a few seasons when I started off, at the beginning, the press and my first stockists were in the States, at Opening Ceremony. That’s why I was initially showing in New York but it was always my dream and my aim to show in London because it makes sense since it’s my home and base.”

Launched in 2011, Isa Arfen held presentations in France then moved on to New York. “In Paris, it was at the very beginning where it was still off schedule, so it was all very DIY,” said Sama. “It was much smaller, it was exciting because it was the first time. But then in New York it felt more official. I was really grateful to show at fashion week and Milk Studios for offering me their support and now that I was offered a slot in London, I’m really grateful and it feels like it makes sense.”

Other guests at the dinner included Charlotte Dellal, Polly Morgan and Candice Lake.

Julia Peyton-Jones, co-directer at the Serpentine Galleries, said the fund-raiser aids “our programs, our art education, architecture, design. So it fills a very, very important role for us.”