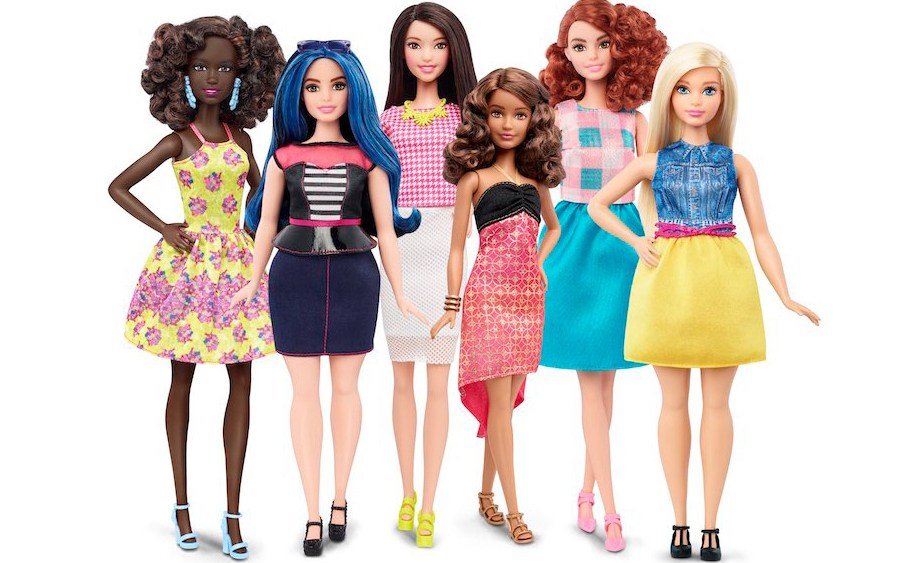 BARBIE’S NEW BODIES: Mattel is making Barbie more diverse. The toy company has unveiled three new additions to its Barbie Fashionistas line to include tall, curvy and petite body types and in a range of skin tones and hairstyles.

Overall the Fashionistas collection of Barbies will include four body types, seven skin tones, 22 eye colors, and 24 hairstyles alongside clothing and accessories.

The new dolls are available for purchase for $9 on barbie.com and on shop.mattel.com. The line will be available in the spring across toy retailers globally.

“For more than 55 years, Barbie has remained a global, cultural…source of inspiration and imagination to millions of girls around the world,” said Mattel’s Richard Dickson, president and chief operating officer. “Barbie has reflected the world girls see around them. Her ability to evolve and grow with the times, while remaining true to her spirit, is central to why Barbie has remained the number one fashion doll in world.”

While Barbie is an American icon, Mattel has come under fire in recent years for her unrealistic portrayal of the female ideal. According to press reports, if Barbie were a real woman, her measurements would be a 39-inch bust, 18-inch waist, 33-inch hips and size three shoe.

The new Barbie doll has graced the cover of the Feb. 8 issue of Time Magazine. The headline reads: “Now can we stop talking about my body?” A spokeswoman for the company declined to comment on whether or not Mattel will produce a similar offering for Ken.