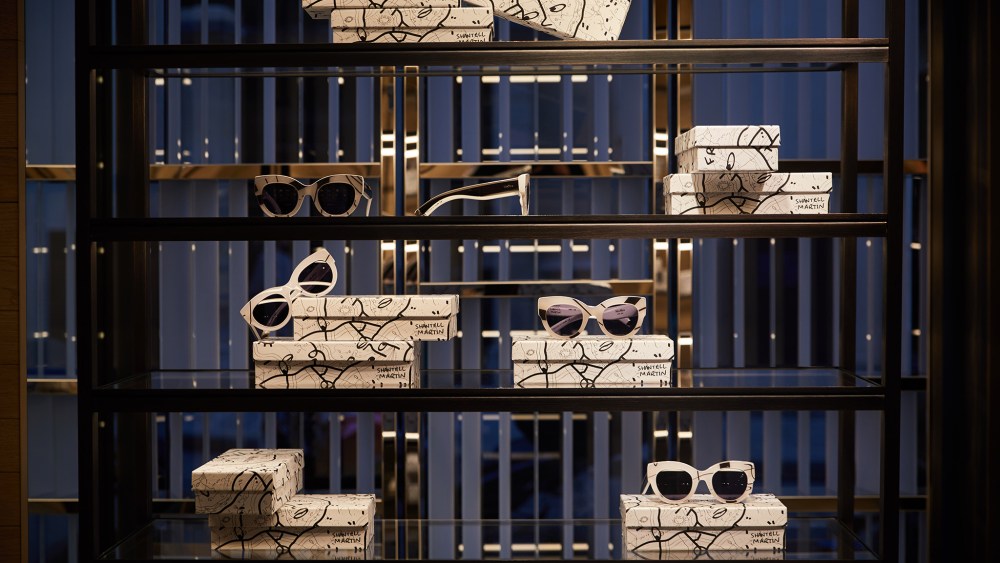 ART IN MOTION: Max Mara opened the doors of its Rue Saint-Honoré boutique in Paris on Thursday evening to celebrate the launch of its limited-edition Prism in Motion collection of sunglasses, created in collaboration with artist Shantell Martin.

“I did the initial drawing with this 3-D tool I made that allows you to draw with more than one pen at a time; I like that there’s a little bit of technology behind the fashion,” said Martin. “The inspiration was mainly motion and seeds in the form of positive messages.”

The work was then digitally reproduced and divided into 1,000 different pieces, which were reproduced on cat’s eye-shaped sunglasses, making each pair unique.

The eyewear, manufactured under license by Safilo Group, went on sale in a handful of Max Mara’s flagships on March 2, and a few pairs are also available to buy online.

Later this month, Martin, who was born in the U.K. but is based in New York, is set to jet off to open her solo exhibition at Buffalo’s Albright-Knox Art Gallery, a public museum, on March 11.

Her show follows on from an installation of Picasso’s work that closed in February. “They were rolling out his work as I was waiting to install,” said the down-to-earth artist. “A pen got me here, that’s awesome.”