The fete, held at The Top of the Standard, was thrown in honor of MaxMara’s pre-fall 2015 Whitney bag - which draws visual inspiration from the museum’s soon-to-open Renzo Piano structure in the Meatpacking District. 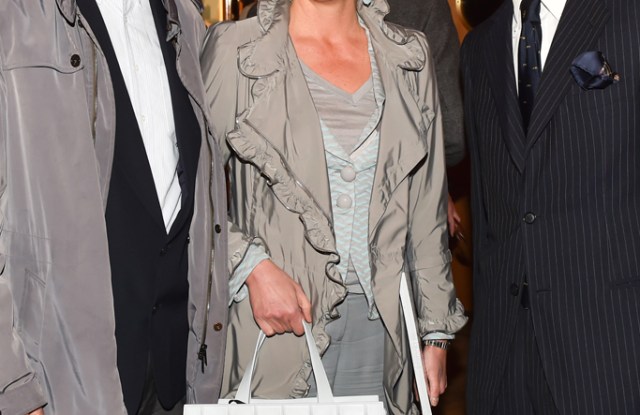 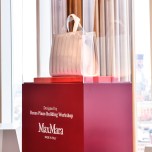 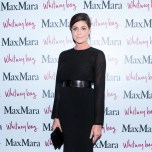 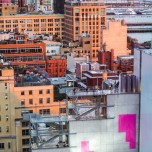 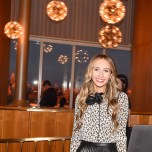 IN THE BAG: Max Mara kicked off its suite of parties to celebrate the new Whitney Museum building on Wednesday. The fete, held at The Top of the Standard, was thrown in honor of MaxMara’s pre-fall 2015 Whitney bag — which draws visual inspiration from the museum’s soon-to-open Renzo Piano structure in the Meatpacking District.

The Whitney bag was displayed in a glass vitrine beside a diorama of the new Whitney building, exhibiting their likeness. Also befitting was the event’s sky-high location, overlooking the new museum, including its porch of multicolored block furniture — a design element that emerged as a critical darling in the structure’s initial reviews. “It’s a realization of a dream,” Max Mara creative director Ian Griffiths said of the symbiosis at play.

“If you look at the bag you can see that the principle element is the skin that wraps around it and how reflects the ribbed sections of the building,” Griffiths added. “In order to achieve that our craftspeople in Tuscany had to develop new techniques – really pushing the boundaries of what they do.”

Nearby Max Mara chairman Luigi Maramotti expressed his excitement for the museum’s opening. “I’m convinced that the Whitney Museum, with this new location, is going to be the paradigm internationally for a contemporary art museum,” he said. “There is a great architect that conceived the building that is totally attributed to the art that is inside, it’s not attributed to itself.”

Piano has been receiving generally rave reviews for the structure — an atypical outpouring for new contemporary art buildings. He politely declined comment, but Maramotti later spoke on his behalf. “As Mr. Piano was telling me just now, he hopes that some controversy will arise, because a good project is not all great — you need somebody saying, ‘It’s terrible, it’s awful.’”

Maramotti has more positive aspirations for the Whitney’s reception, saying: “I think that people will appreciate not only the building, but also how rigorous the curatorial work is and what the curators have done inside.”