Images shot by Karim Saldi to be revealed on McQueen site. 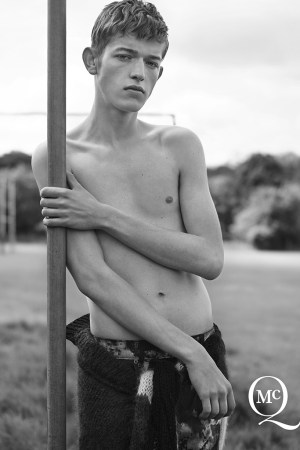 MOODY BLUES: McQ Alexander McQueen will unveil the autumn/winter ad campaign on its Web site later today. Shot by Karim Sadli on location in southwest London, the campaign features black-and-white images of models Natalie Westling and Paul Barge, wearing moody expressions — as well as patchwork denim and two-tone knitwear. The campaign will run on McQ’s new, dedicated social media channels and will debut in the September issues of global editions of Elle and Grazia as well as in titles such as Dazed & Confused, i-D, Love, Another Man, GQ Style, Man About Town, Wonderland, Jalouse, Jessica, Men’s Uno and Modern Weekly.