She has created an installation for the label's spring campaign. 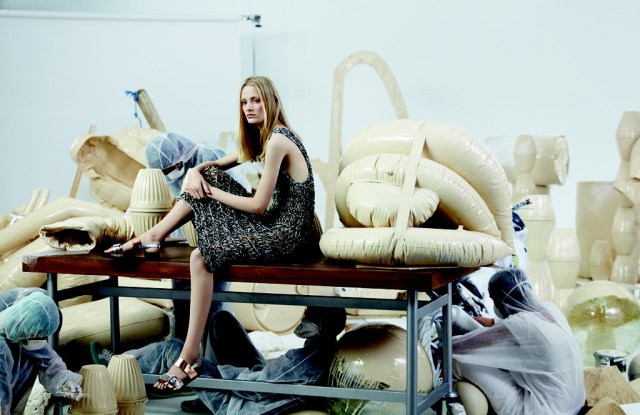 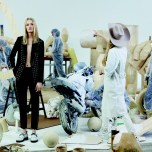 For the series of images, the German-born, London-based artist put together an installation that evokes a quarry or an artist’s studio, with models Michael Sharp and Sunniva Wahl placed statue-like amidst the installation wearing McQ’s spring designs, as Finke and her assistants work with a collection of objects around the models. Photographer Laurence Ellis shot the images of the installation — called “Carrara,” in reference to the marble quarries found in the Italian town — with the campaign styled by Karen Langley.

“Alexander McQueen was the reason I applied to study at Saint Martins and I am a long-term fan of the house, so I was delighted to work on this commission,” said Finke. “I feel that collections from both McQ and McQueen create new ‘worlds’ that their wearers inhabit, exactly as I do.”

The idea for the campaign grew out of an Instagram takeover campaign that McQ staged last year, when Finke was one of the young creatives to put her stamp on McQ’s Instagram account. The artist, who graduated with a BA in fine art from Central Saint Martins last year, has had her installations — which incorporate objects such as tires, coats and Styrofoam objects — shown at London’s ICA gallery, as part of the “Bloomberg New Contemporaries” exhibition in 2013.

The campaign will break in the March issues of titles such as Elle U.K. and Hong Kong, Love, Another Man, Dazed and i–D.