"There is tremendous opportunity in fashion, beauty, wellness, sports and entertainment to reach a new audience,” said Esther Song, the brand's new senior vice president of marketing and communications.

The great migration from fashion to cannabis continues.

MedMen, the multibillion-dollar cannabis retailer — with operations across the U.S. and flagships in Los Angeles, Las Vegas and New York — has tapped three fashion veterans for key hires.

Song brings 15-plus years of experience in public relations, working to generate visibility in media and consumer relationships through talent partnerships and influencer content for clients including Tod’s, and BPCM, where she managed accounts such as Lanvin, Celine and Rimowa. Most recently, Song was vice president of VIP public relations and partnerships at Tory Burch.

Langbein relocated to Los Angeles from New York where, with experience from Barneys New York, HL Group and Giorgio Armani, he had been leading communications and marketing for Prada’s North American business for six years.

See Also: How Beauty Brands are Banking on Cannabis

For 16 years, Kang has served as a senior marketing executive at Creative Artists Agency, where she has worked on behalf of such brands as Burberry, Diageo, Samsung, Fred Segal and Caruso, and most recently held the position of managing director of the agency’s Brand Studio.

MedMen chief executive officer Adam Bierman, who cofounded the brand with Andrew Modlin, pointed to Song’s “wealth of experience in marketing and communications,” adding that, “It is her incredible drive, combined with Sandra and Christian, that will lead the development of best practices for MedMen and the cannabis industry.”

“Adam and Andrew are true innovators,” Song said, going on to add that, “My goal is to help them further solidify MedMen’s position as a leading lifestyle destination for the next-generation cannabis consumer. There is tremendous opportunity in fashion, beauty, wellness, sports and entertainment to reach a new audience.”

MedMen, which employs more than 1,200, is licensed for 91 retail stores and currently operates 37 stores across 12 states. Its stock trades on the Canadian Securities Exchange. The fashion world hires come at a time when the business is seeking to diversify. In February, it launched its first clothing collection with eight pieces, priced at $15 to $129, including a varsity jacket with custom pot-leaf-print silk lining, a fleece hoodie, graphic T-shirts and a dad hat, plus a yoga mat, pins and key chains, all incorporating the signature red MedMen logo that is becoming its own in-the-know status symbol. 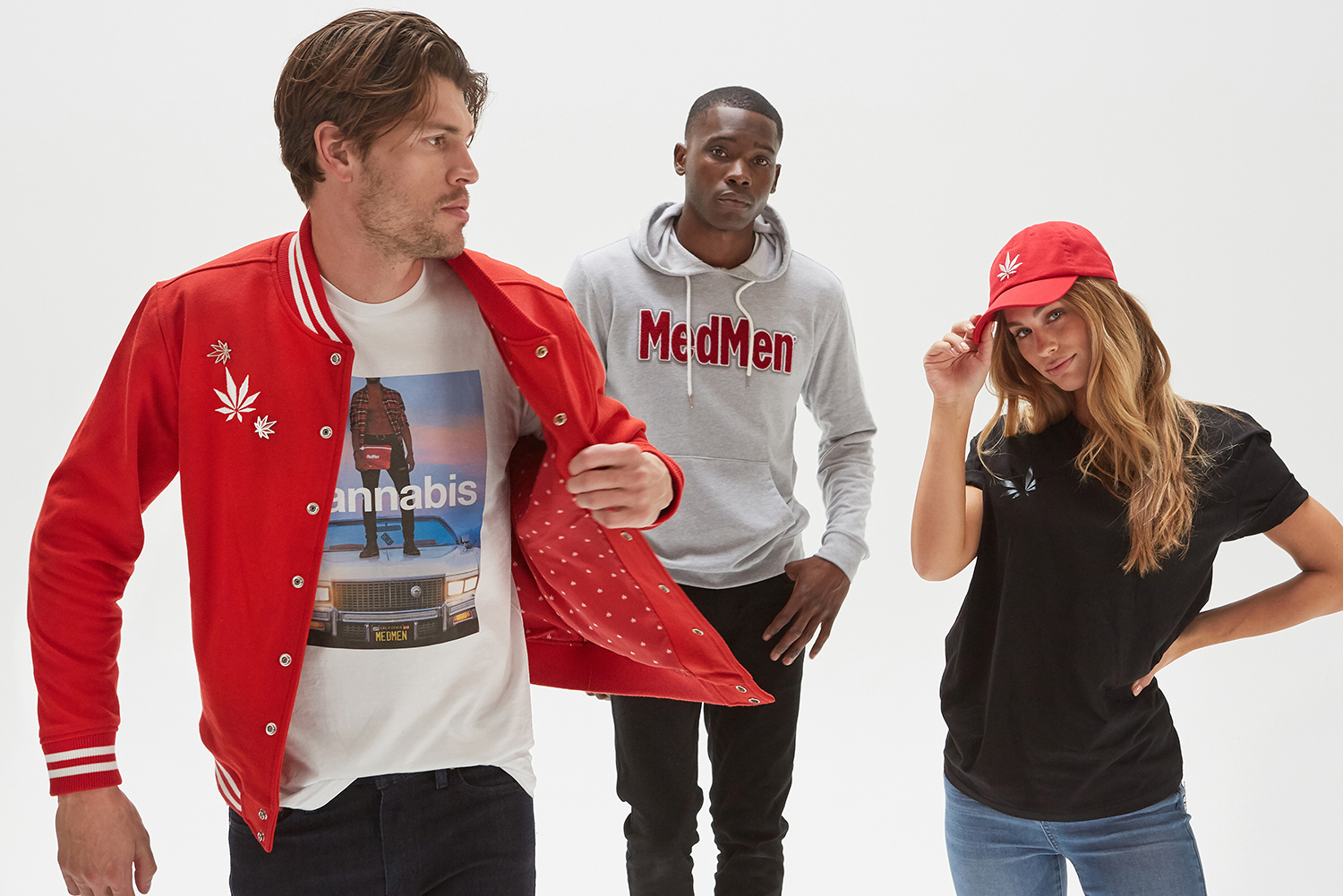 “We were the first cannabis retailer to have an all-glass storefront instead of blackout windows, to make people feel like they are not doing something wrong buying cannabis. We’re doing the same thing with apparel, changing what you think you know about marijuana culture and who would be wearing it on their sleeve,” Modlin told WWD before the launch.

Sources say MedMen has already been reaching out to established fashion brands for partnerships as it looks to broaden its appeal as a lifestyle purveyor.

Marijuana for recreational use is legal in the District of Columbia and 11 states, including California but not New York, and the federal government still categorizes it as a Schedule I drug, like heroin, making interstate commerce impossible and brand-building challenging. But business has been booming around the country for beauty and wellness products infused with CBD (a non-psychoactive cannabis compound touted for a range of medicinal uses) that many fashion and beauty retailers also sell, and acquisitions in the space have been ramping up. It was just revealed that Cronos Group has acquired the parent company of L.A.-based Lord Jones for $300 million, a deal that is expected to close in the third quarter.

The industry has had increased visibility, particularly in Los Angeles, where cannabis brand marketing events and cocktail parties are nearly as prevalent on the social calendar as fashion events. Case in point: On Thursday night, the Rodarte x Made roller disco party at Milk Studios competed for attention with the red-carpet opening for a new Hollywood attraction just one street over: The Museum of Weed.