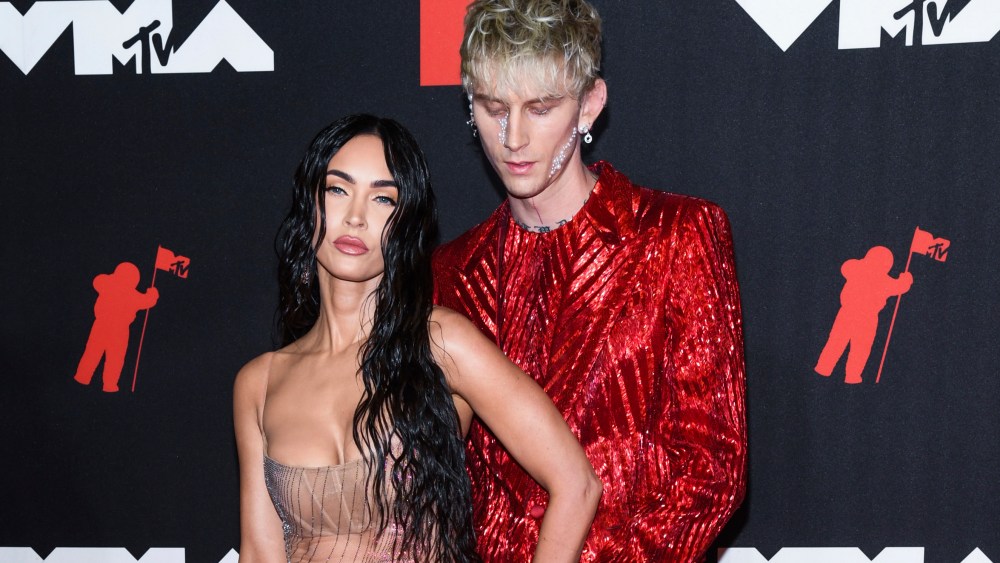 Congratulations are in order to Megan Fox and Machine Gun Kelly, who announced their engagement this week.

On Wednesday, the musician, born Colson Baker, revealed that he had proposed to Fox after more than a year of dating. He uploaded a video of his ring to the actress accompanied with a heartfelt caption describing his choice for the ring and the date of the official engagement, which was Jan. 11.

“’Yes, in this life and every life’ 💍 beneath the same branches we fell in love under, I brought her back to ask her to marry me,” the caption read. “I know tradition is one ring, but I designed it with Stephen Webster to be two: the emerald (her birth stone) and the diamond (my birth stone) set on two magnetic bands of thorns that draw together as two halves of the same soul forming the obscure heart that is our love.”

Fox also uploaded the clip of Machine Gun Kelly proposing to her on Instagram, which happened to be under the same banyan tree they sat under when they first started dating. The two were first romantically linked in May 2020.

The actress appeared shocked as the singer knelt down on his knee before she crouched down to his level to accept the ring and kiss him. In her Instagram caption, she also revealed they apparently “drank each other’s blood” after the engagement.

“In July of 2020, we sat under this banyan tree. We asked for magic. We were oblivious to the pain we would face together in such a short, frenetic period of time,” Fox wrote. “Unaware of the work and sacrifices the relationship would require from us but intoxicated off of the love. And the karma.

“Somehow a year and a half later, having walked through hell together, and having laughed more than I ever imagined possible, he asked me to marry him,” she continued. “And just as in every lifetime before this one, and as in every lifetime that will follow it, I said yes.”

Since they debuted as a couple, Fox and Machine Gun Kelly have caused multiple frenzies on the internet due to their over-the-top, sexy and punk-rock couple style and outfit coordination. From the MTV Video Music Awards to street style, the two have cemented themselves as one of the best-dressed couples of 2021, due to their ability to complement each other well.

Much of that is due thanks to their stylists, Adam Ballheim and Maeve Reilly.

“We definitely want to make sure that it is a beautiful image, both of them together and it’s important that we coordinate,” Reilly told WWD of the couple’s style in October. “I think as an artist, a lot of the times, they don’t know how they want to convey their vibe until the day of. So, [Machine Gun Kelly] may not decide until the day of the event and that is going to obviously affect what Megan wears. That goes for, by the way, any couple.”

Click through the gallery above to see some of Megan Fox and Machine Gun Kelly’s most stylish couple moments.