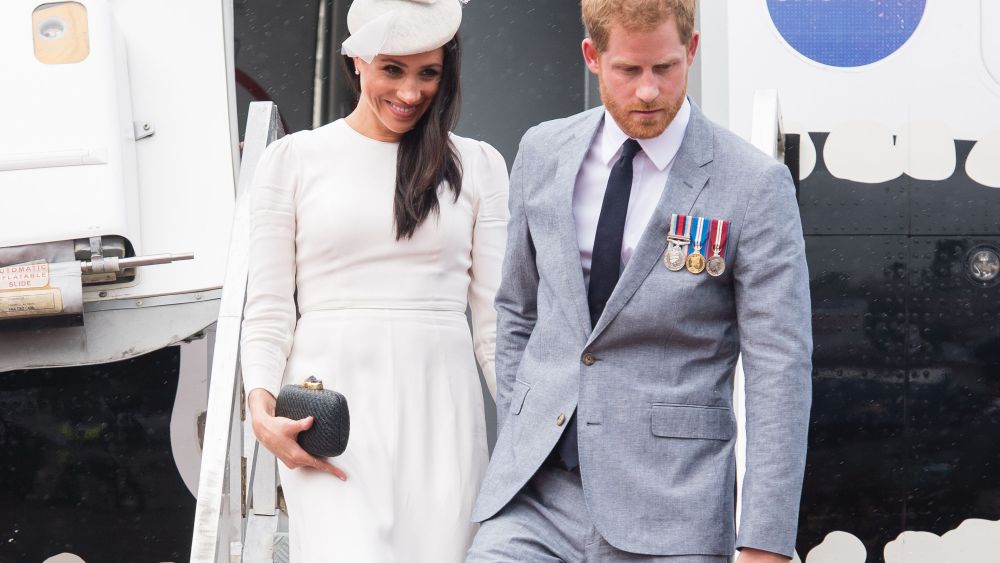 SYDNEY — They came. They saw. They crashed web sites.

The Duke and Duchess of Sussex have headed home to London after wrapping up their 16-day tour of Australia, Fiji, Tonga and New Zealand.

In their wake they leave a plethora of brands still scratching their heads over the extent of the “Meghan effect.”

“I think we’re going to refer to our business as ‘BM’ and ‘AM’ — Before Meghan and After Meghan — it’s such a game-changer in so many ways” said Erica Bartle, communications director of Mount Tamborine, Queensland-based Outland Denim, whose 199.90 Australian dollar “Harriet” black skinny jeans were worn by the duchess on at least four occasions, sparking international interest in the B Corp-certified company whose products are made by Cambodian women rescued from human trafficking and sexual exploitation.

As first reported by WWD, the initial surge in interest in Outland Denim led to the employment of at least 15 more Cambodian seamstresses to meet the additional demand. Another 15 may soon be joining them following a spike in global online sales of 2,374 percent over the 16 days, with global online traffic growing by more than 3,000 percent on the brand’s four web sites in Australia, the U.S., Canada and the U.K., Bartle told WWD.

According to Outland Denim founder and chief executive officer James Bartle, once all online orders are fulfilled, he expects that the company will have sold at least 10,000 pairs of jeans over the past fortnight. An estimated 40 to 50 new international retailers have also asked to look at the ranges.

According to Jin Li, a spokesperson for Paris-based Australian Martin Grant, sales “almost doubled” after the duchess wore not only Grant’s resort 2019 trenchcoat on two separate days, but also two of his dresses in Sydney and in Tonga. “And it still keeps going up,” Li added.

According to Franco-American data analyst Launchmetrics, Martin Grant’s repeat tour appearances generated a total of 3,382 online and social media mentions over the 16 days, making it the second most talked-about brand of the tour, after Oscar de la Renta (3,654 mentions). They were followed by Stella McCartney (2,057), Self Portrait (1,872) and Reformation (1,867).

Auckland-based Karen Walker (1,760 mentions) had jewelry, sunglasses and two coats featured, with sales of her “Northern Lights” sunglasses spiking 700 percent the day after the duchess wore them on Fraser Island and the “Banks Trench” [featured above, in a Instagram post by Walker’s husband and creative director Mikhail Gherman] now sold out on the Karen Walker web site.

“Anything she wears will sell out,” said Amanda Dishaw, editorial director of the Effervescence Media Group, a Vancouver-based lifestyle publisher whose blogs include two-year-old fan site Meghan’s Mirror, which tracks and offers for sale every single item worn by the duchess and whose traffic reached 2 million monthly unique visitors during May’s royal wedding.

The blog’s two most popular affiliate sales throughout the tour were the $145 Serena Williams’ “Boss” oversize-blazer and Castañer’s $120 “Carina” espadrilles, which generated 350 and 300 actions respectively.

“[But] we’re not only seeing $100 blouses sell out, we’re seeing $1,600 dresses sell out the moment of her wearing them,” Dishaw added. “That was very surprising to us — the amount of interest and the amount of spending power that the Meghan fashion community has.”

A representative of Auckland retailer Simon James Design told WWD the 17,400 New Zealand dollar white gold and diamond Tattoo Pendant Necklace by London-based New Zealand jeweler Jessica McCormack sold out overnight on Sunday, after it was worn by the duchess at the Government House reception in Wellington, with more necklaces on order. McCormack’s London head office declined to comment on other sales of the pendant elsewhere.

Although apparently still in its infancy, it seems there is also such a thing as the “Harry effect.”

“Demand is higher than what we can do — we are building up more production lines right now,” said Oura Health cofounder, president and chief innovation officer Petteri Lahtela.

“Having that kind of health-conscious person, soon to be a father, as an ambassador, it’s huge for us.”