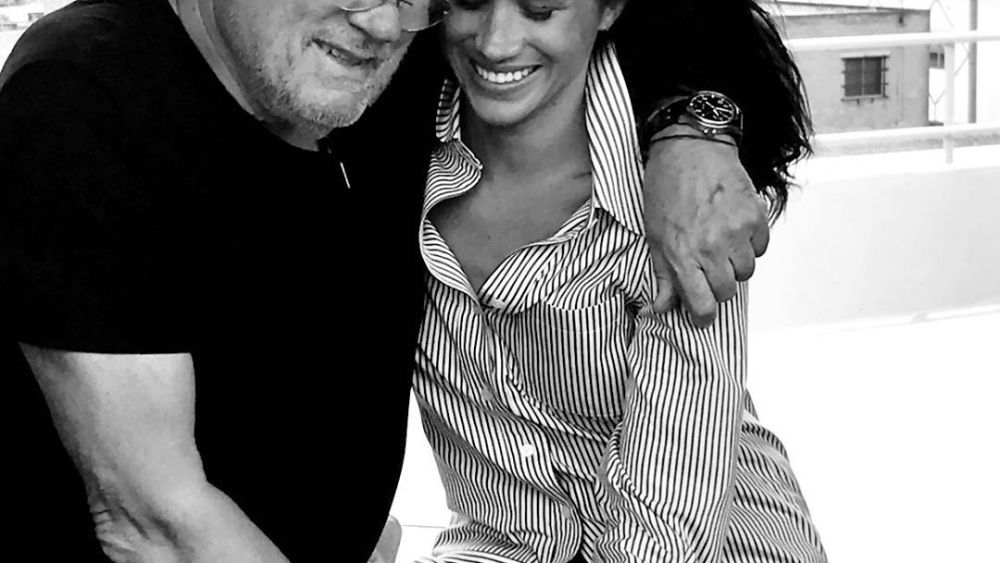 The Duchess of Sussex posted a rare personal tribute on Instagram in memory of the late photographer Peter Lindbergh.

Meghan Markle took to her joint Instagram account with husband Prince Harry to pay homage to the legendary photographer, who passed away on Tuesday at the age of 74. Markle posted two photos, one from Lindbergh’s career and another of the two together. The royal recently collaborated with Lindbergh on the September issue of British Vogue, which she guest-edited.

“His work is revered globally for capturing the essence of a subject and promoting healthy ideals of beauty, eschewing photoshopping, and preferring natural beauty with minimal makeup,” the caption read.

Read More: The Life and Career of Peter Lindbergh

Their Vogue collaboration, titled “Forces for Change,” featured a Lindbergh-shot cover with portraits of 15 impactful women, including New Zealand Prime Minister Jacinda Ardern, climate change activist Greta Thunberg, and actresses Jane Fonda and Yara Shahidi, among others. The issue was one of Lindbergh’s last projects.

A post shared by The Duke and Duchess of Sussex (@sussexroyal)

Lindbergh’s career spanned more than three decades, including the supermodel era of the late Eighties and early Nineties. One of his most famous photographs was a shot of supermodels Estelle Léfebure, Karen Alexander, Rachel Williams, Linda Evangelista, Tatjana Patitz and Christy Turlington Burns for Vogue in 1988.

Others have taken to social media to pay their respects to Lindbergh, including Rihanna, Donatella Versace, Naomi Campbell, Karlie Kloss and more.

Click through the above gallery to see the biggest fashion controversies of 2019.

What to Know About Meghan Markle’s Fashion Line

Meghan Markle, Edward Enninful on Working Together on the Vogue September Issue