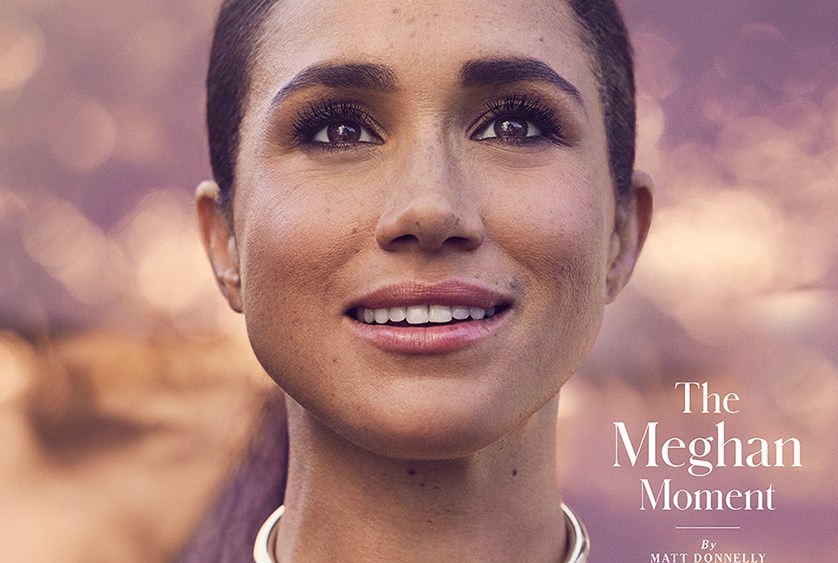 Meghan Markle, Duchess of Sussex, graced the cover of the latest issue of Variety in a gold necklace and black dress with a low neckline.

One of Markle’s most notable images from the full editorial spread, which debuted on Wednesday, included a white and pink floral-print gown from Jason Wu’s fall 2022 collection. The silhouette incorporated a high-low skirt, balloon sleeves and a pleated bodice.

Wu wanted to create a line for that season that reflected his mood, telling WWD, “I wanted something that felt beautiful and poetic, but also a little more sober.” Wu was also influenced by ‘50s illustrations from ads and editorials of his vintage magazine collection.

Rebecca Grice worked with Markle as the stylist for the Variety spread. Throughout the shoot, Markle is also seen wearing Carolina Herrera, Armani and Max Mara. Grice has styled Alana Haim, Kate McKinnon and Maya Rudolph.

Markle tapped Jason Low for hair and went for two looks, switching between a bun and smooth, wavy style. Makeup artist Loftjet created a clean, natural beauty look with a light pink lip and a touch of mascara.

In March 2020, Harry and Meghan officially transitioned out of their roles as senior members of The British Royal Family. Since then, the couple has relocated to California and focused on media ventures. In September 2020, they signed a multiyear deal with Netflix. In August of this year, Markle officially launched her Spotify podcast.