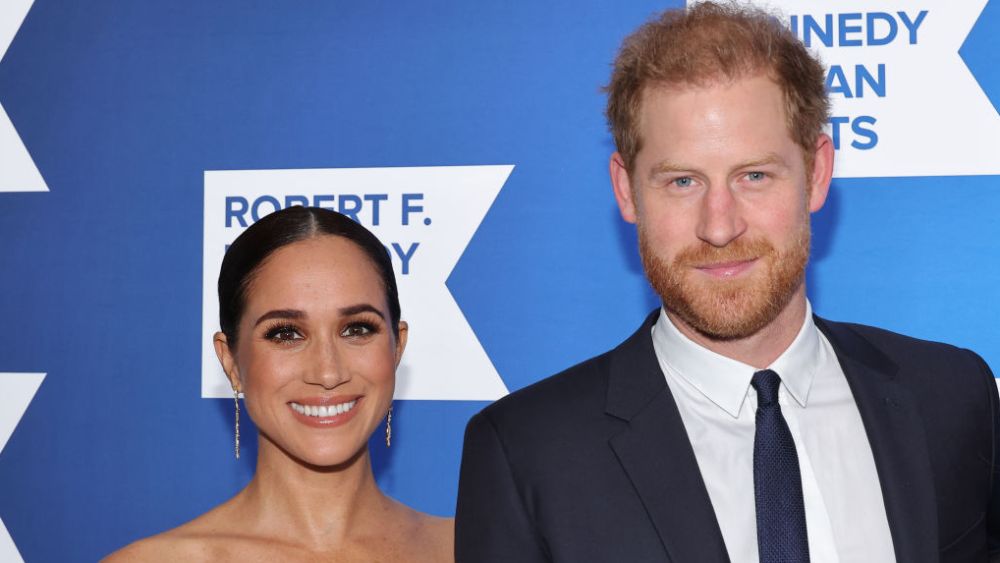 For the event, where she and her husband, Prince Harry, were honorees for the Robert F. Kennedy Ripple of Hope Award, the Duchess of Sussex wore a white off-the-shoulder long-sleeve dress with an above-the-ankle slit custom designed by Louis Vuitton. The duchess coordinated the dress with classic black pumps.

Her jewelry had noticeable details. She wore a pair of dangling kaleidoscope earrings from CH Carolina Herrera, and a statement aquamarine ring that originally belonged to Harry’s mother, Diana, Princess of Wales.

The late Princess of Wales had the ring commissioned in 1996 to replace her engagement ring from then-Prince Charles. This isn’t the first time Markle has worn the ring. On her wedding day to Prince Harry, she had it as her “something blue” piece during their wedding reception.

The Duke and Duchess of Sussex were honored at this year’s Ripple Awards for their work with the Archewell Foundation, focusing on racial justice and mental health. The couple founded the charity in 2020 after they stepped down from their roles as senior royals.

In addition to their humanitarian and nonprofit work, their Netflix docuseries titled “Harry and Meghan” is set to premiere on Dec. 15. The trailer has been a hot topic of discussion, with one notable subject being Markle’s Hermès Avalon throw blanket.