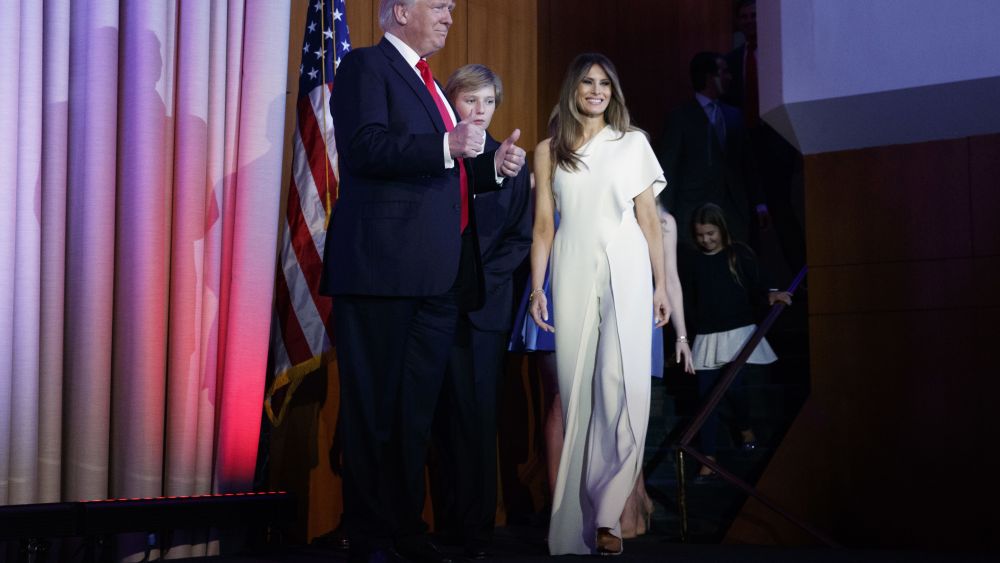 FIRST IN FASHION: However inconsequential soon-to-be first lady Melania Trump’s inaugural week wardrobe may seem in the grand scheme of the Trump administration, her selections carry great heft for the fashion world with Ralph Lauren seemingly as the front-runner.

In an act of his own bipartisanship, Ralph Lauren, an unabashed Hillary Clinton supporter, is believed to be working on a gown and an Inauguration Day ensemble for the Slovenian-born former model. With multiple black-tie events scheduled for this week, Trump could be wearing the Ralph Lauren gown to a Trump family-hosted candlelight dinner for 1,500 Thursday night at Union Station.

Friday’s swearing-in ceremony on the Capitol steps will mean a windfall of publicity for the labels she chooses to wear. When nearly 37.8 million viewers tuned in to see President Obama take the presidential oath in 2009, Isabel Toledo, the designer who created Michelle Obama’s dress and suit, simultaneously rocketed onto the world stage.

Lauren famously suited up Clinton in pantsuits for a few key moments including presidential debates, her Election Day trip to the voting booth and for her post-Election Night concession speech. Interestingly, the incoming first lady had also opted for a Ralph Lauren design — a one-shoulder white jumpsuit — for her husband’s acceptance speech at the Hilton Hotel in Midtown. Even though Lauren was a public supporter of Clinton, Trump bought her Election Night outfit at the designer’s Madison Avenue store. It could not be known whether the designer approached Trump directly. The Ralph Lauren team is also said to be working on custom pieces for other members of the Trump family. A Ralph Lauren spokesman declined comment Monday.

Whether her husband goes with Brioni suits again remains a question mark, although a source from the company said they didn’t make anything specifically for the inauguration. There were rumblings that he too may wear Ralph Lauren, but a spokeswoman at the company declined to comment. Executives at Brooks Bros. and Hickey Freeman also said they had not made anything for Friday for the president-elect.

Keenly aware of what suits her — statement coats, wide belts, slim dresses — Trump is expected to continue to favor an assortment of American and European designers for this week’s other photo-ops. Comfortable as can be in sky-high stilettos, Trump is expected to stick with her go-to resource — Manolo Blahnik.