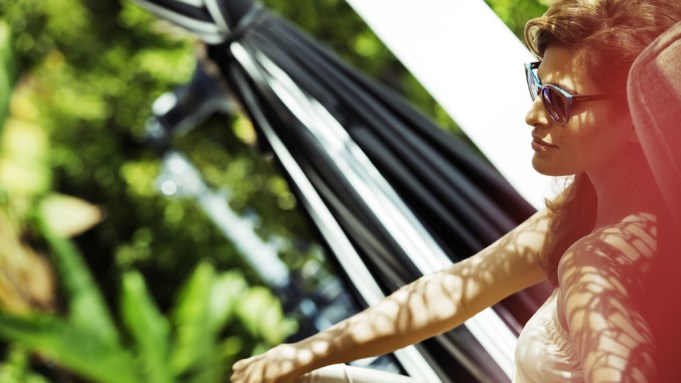 MENDES GOES VOGUE: Eva Mendes is the new face of Vogue Eyewear’s spring ad campaign and the host of a Beverly Hills party on Wednesday night thrown by the brand, owned by Luxottica. The actress will appear in six print images shot by Mario Testino that will break this week in March books and online. “I’ve always admired Mario’s work and it was Vogue Eyewear that brought us together for the first time,” said Mendes on Tuesday from New York, where she is promoting her film “The Place Beyond the Pines” costarring beau Ryan Gosling and Bradley Cooper.

The colorful campaign, shot last October at the Modern 01 house in West Hollywood, showcases six sun and optical styles with runway and vintage-inspired flair. “This is the fun part of what I do,” said Mendes, adding, “Mario’s Peruvian and I’m Cuban, so we got to speak Spanish on set. He’s like an uncle you haven’t seen for a while that you can’t wait to catch up with.”

The retro styles were her favorite, in line with her personal penchant for vintage. “I’m fortunate enough to borrow a lot of designer clothes, but the truth is, when I’m out there shopping on my own, I’m not a label type of girl. I carry the same handbag every day, and it’s not Hermès. I tend to gravitate toward accessories I can afford. The Vogue eyewear doesn’t have an elite quality to it, which is important to me.” The frames retail for $130 for optical and $95 for sun. Mendes is putting her money where her mouth is, concentrating her efforts for the next two months on her first design venture for New York & Co. The pieces, which will make their debut this fall, “have a little of the feel of my favorite vintage dresses and flatter women’s curves,” she said. “My mom, my two sisters and two of my nieces are my guinea pigs.”