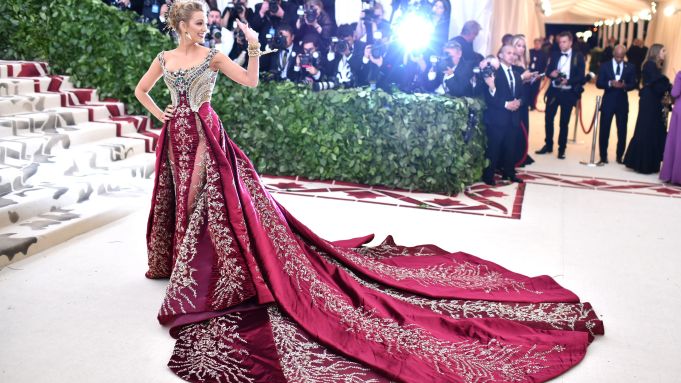 The Met Gala countdown is on.

With less than a month to go to the 71st annual Met Gala, news on attendees, designers and the exhibit itself are coming to light as viewers speculate who will win the red carpet — many guessing Rihanna, yet again — and who will be attending.

From which designers are dressing the red carpet to the Costume Institute’s exhibit itself, here is everything you need to know about this year’s Met Gala.

When and where is the Met Gala?

What is this year’s theme?

In October 2018, it was revealed that this year’s Met Gala theme and Costume Institute exhibit will be “Camp: Notes on Fashion.” Andrew Bolton, head curator at the museum, has taken inspiration for the exhibit from Susan Sontag’s instrumental 1964 essay, “Notes on Camp,” which many look to as the defining guide for the term.

Vogue Magazine, which hosts and orchestrates the Met Gala, is keeping a tight lid on this year’s full list of attendees, however, it’s expected that like years past, a group of Hollywood and fashion A-listers will be in attendance.

On the fashion front, confirmed guests are designers Tom Ford, Donatella Versace, Miuccia Prada, Pierpaolo Piccioli and Clare Waight Keller, who are all on the hosting committee.

This year the Met Gala is tapping Lady Gaga, Harry Styles, Serena Williams and Gucci’s Alessandro Michele, as co-chairs for the event. Gucci also serves as a sponsor for this year’s Met Gala.

What outfits will celebrities wear?

As always, the red carpet looks are held under wraps until the Met Gala itself, however expect guests to take the camp theme head-on, pulling out the most whimsical, gaudy and over-the-top costumes from heritage and emerging fashion designers.

Many Met Gala fans are eager to see how celebrities will be interpreting this year’s theme, especially Sarah Jessica Parker — who wore an elaborate headpiece depicting the nativity scene to last year’s gala — and Rihanna — who in recent years has dressed as a pope (with an embellished miter to boot), a three-dimensional floral Comme des Garçons look and a meme-inspiring yellow Guo Pei cape dress.

Which designers will be creating red carpet looks?

As is tradition, legacy designers typically spend big on tables at the event, inviting top-tier celebs who wear custom looks from the house. However, sources said that this year Ralph Lauren, Dior and Calvin Klein — who in years past have dressed large numbers of celebrities and high-profile guests — have opted out of buying tables.

Louis Vuitton and Burberry, on the other hand, have purchased tables and are likely dressing Al-list attendees. As a sponsor of the event — and with a design aesthetic fit for the gala’s theme — Gucci will most likely be dressing a number of guests, too.

A Vogue spokeswoman also confirmed that a number of designers purchased tables that had not done so in the past, but declined to specify which ones.

While much attention surrounds the Met Gala itself, the event signifies the opening of the Costume Institute’s latest exhibition of the same theme, which is slated to open to the public on May 9 and run until Sept. 8.

The exhibit itself will be divided into two sections and showcase roughly 200 fashion pieces and artwork from designers, such as John Galliano, Gianni Versace, Jeremy Scott, Thom Browne, Chanel and Gucci, among others. Sontag herself is billed as a “ghost narrator” throughout the whole exhibit, which takes guests through different time periods and historical events, like Victorian London and the Thirties’ cross-dressing nightclub scene in Berlin.

How can I stream the red carpet?

Although streaming has yet to be confirmed, Vogue usually streams the red carpet via its social channels. E! will again be live at the red carpet, with broadcasting starting at 5 p.m. EST on the network. The show can be accessed through a TV provider or streamed through DirecTV Now, Hulu Live TV and YouTube TV.

Inside the Met Gala’s Official After Party