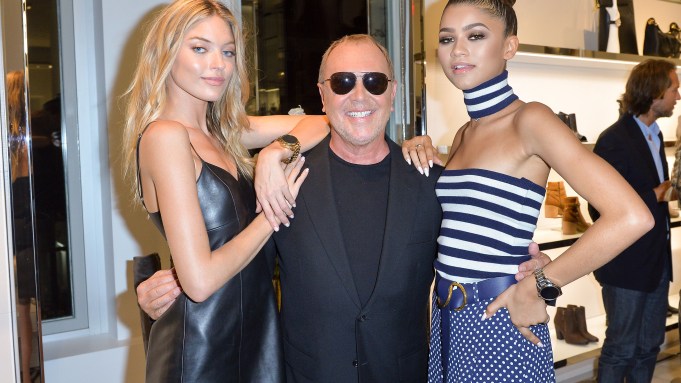 “I like the whole back-to-school atmosphere of fashion week. It’s like everyone comes back and to a certain degree says, ‘Well, has everyone been barefoot for six weeks?’ And suddenly we’re back in the city.”

Michael Kors was taking a break from collection prep (he’ll show his spring collection on Wednesday morning) and stopped into his SoHo store, which was hosting a party Sunday night to celebrate the launch of his new Access smartwatch collection. His campaign stars, Martha Hunt and Zendaya, both flanked the designer, driving home the fashion angle of his wearable technology line.

“Honestly I have to say in the beginning, all of it was a bit too techy, visually, for me,” the designer noted — he wasn’t in the camp of people strapping on clunky trackers in wearable tech’s primitive days. “I crave glamour. I guess that’s why it’s nice to be in my position — we got to develop and design something that answers all of those things,” style and function. “Normally technology’s not too attractive. To find something that I think is still an — exclamation point — fashionable cherry on the cake, so to speak, and can make your life easier, it’s kind of the best of both worlds.”