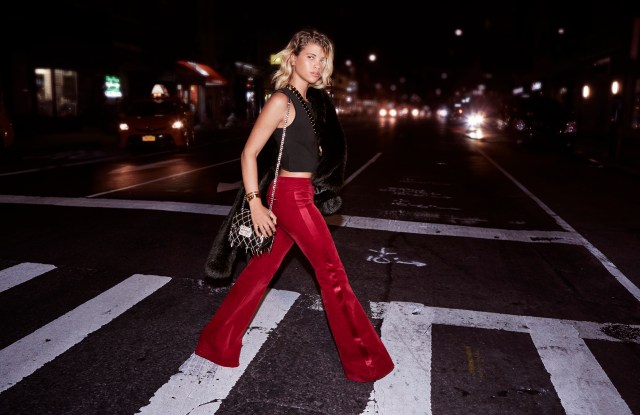 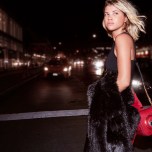 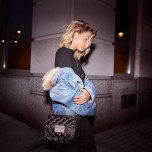 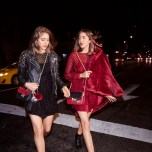 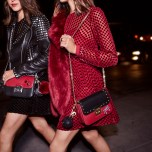 “We chose these four women because they all have a different way of looking at things, and they certainly have different styles,” Kors said. “Sofia is music royalty, so she has this confident, no rules attitude that makes her style so interesting. Then Ming Xi is a fashion darling, so she’s got glamour down pat. And Simi and Haze have this natural, cool-girl edge that gets them noticed everywhere, whether they’re walking down the street or DJing. The Walk was designed to let their personalities and their point of view shine through.”

As he did for the first campaign, which featured Solange Knowles, Princess Olympia of Greece, and models Nina Agdal and Soo Joo Park, photographer Tommy Ton shot the women around New York wearing bags from the Sloan group and holiday 2016 ready-to-wear. There’s also a video depicting a night out with the campaign’s stars, directed by Peter Szollosi and with art direction and concept by the Wednesday agency.

There are yet more components online: an interactive, shoppable experience at michaelkors.com includes user-generated content through the social platform Sprinklr. Customers who post photos of themselves on Instagram and Twitter using the hashtag  #SidewalkSpotted could be featured on the Michael Kors The Walk page at michaelkors.com/thewalk. Additional editorial content surrounding the campaign appears on destinationkors.com

Asked about feedback from the first campaign and its interactive shopping elements, Kors said, “We were able to reach more niche audiences by using four women who each have their own fashion tribe, which was great. Plus, I’ve always thought of social media as a digital trunk show and this campaign took that to the next level. I loved seeing how our fans all around the world interpreted it and shared their own #SidewalkSpotted moments.”