The designer and his longtime boyfriend Lance LePere confirmed to WWD that they received their marriage license at the City Clerk’s Office in Manhattan. 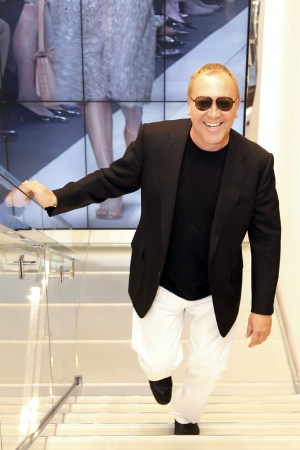 Following Arnold Scaasi’s fashionable walk down the proverbial aisle are Michael Kors and his longtime boyfriend Lance LePere. After Life & Style magazine reported that Kors and LePere were spotted by City Hall on Wednesday, the couple confirmed to WWD that they received their marriage license at the City Clerk’s Office in Manhattan on August 3. “Lance and I are very excited to finally be able to have the opportunity to marry in our home state after many years together,” said Kors. “We have no plans for a major party, but we will be getting married privately.”