Michaele Salahi wore a cocktail ring and bangles designed by David Yurman while greeting the President, a spokesman confirmed. 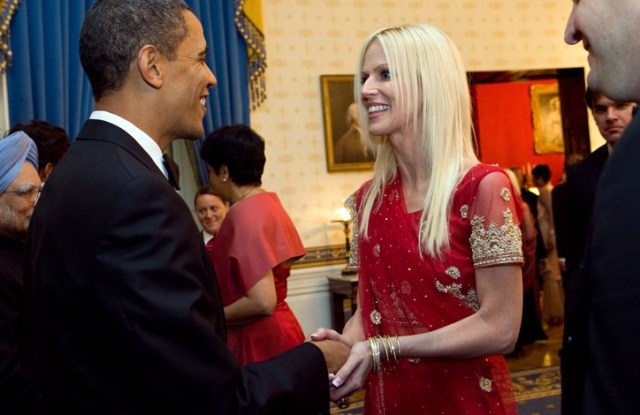 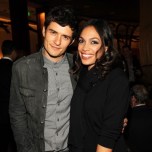 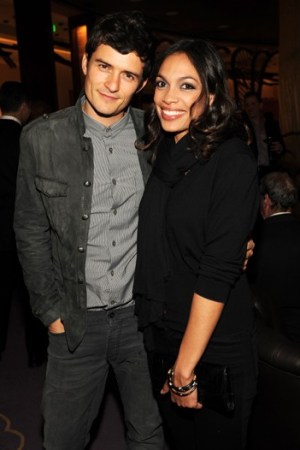 STATE JEWELS: The guests might not have been welcome — and David Yurman might not be liking the publicity either. At least one question about D.C. party crashing couple Tareq and Michaele Salahi has been resolved: who designed the large cocktail ring and bangles Michaele wore when greeting President Obama and vice president Joe Biden at the administration’s first State Dinner last week for the Indian Prime Minister. The items were from Yurman, a spokeswoman for the jewelry line confirmed. The Salahis are accused of crashing the invitation-only affair, and creating a media frenzy around how the couple breached Secret Service security and snapped photos with heads of state and international socials, though the couple contest that they were in fact invited guests at the party.

The gala was lavish, yet low-key by Las Vegas standards, with a well-controlled crowd nibbling appetizers and desserts while sipping Veuve Clicquot and touring the casino-free, suites-only hotel property.

“This is fun. It’s Vegas, but not the way you’ve always known it or heard about it,” said Dawson of the LEED-certified property. “This is an intimate, comfortable environment.”

There was some traditional Vegas flavor — more than a few guests turned up in Ed Hardy apparel, some wearing trucker hats that left couture-clad guests openly chuckling.

OBAMA’S STRAIGHT JACKET: A presidential trip to China is closely watched by observers as a barometer of political clout. If you get concessions from the Chinese, your diplomatic future is bright. But state visits to China also serve as a yardstick for presidential style.

When President Obama visited the country for the first time last month, he broke with sartorial tradition during a tour of the Great Wall by sporting a technical parka made by Weatherproof. Worn over dress pants, the look was suitably Obama: modern while being stylish, casual, sporty and pragmatic (The jacket has a fleece bib and removable bucket hood, suggesting that President likes his jackets as he likes his health care bills: riddled with options.) Past presidents, not surprisingly, gravitated to more traditional and formal modes of dress for their visits to the Wall. Bush donned a big-shouldered top coat. Reagan sufficed to button his suit jacket, and Nixon wore a monstrous Chesterfield complete with fur collar. “[Obama] broke through the fashion barrier,” said Elliot Peyser, chief executive officer of Weatherproof, of the presidential plug. Fashion barriers are sometimes easier to mount than political ones, especially for Obama, who left the country without major concessions on climate or monetary policy.