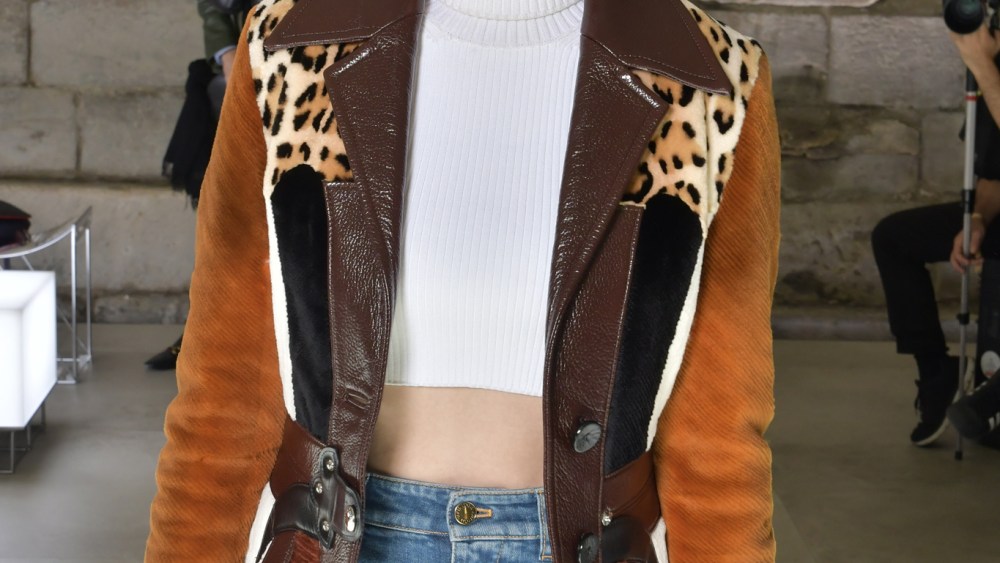 HISTORY LESSONS: Seated next to Julianne Moore and Cate Blanchett, Michelle Williams dished out history lessons to fellow guests at the Louis Vuitton show on Tuesday, located in the heart of the Louvre, in what used to be the moats of a medieval fortress.

“It’s my favorite place in the Louvre, I love the little hearts on the bricks [of the fortress’ towers], they’re the stamps of the maker. I love that there are all these tiny little hearts supporting this place,” said the actress who chose to stay mum on research for her upcoming role as Janis Joplin in Sean Durkin’s biopic about the singer. But the preparations are well under way. “It’s such a big one that if you didn’t start two years ahead of time, you’d regret it,” Williams said. “Let’s just say I’m incredibly inspired.”

“It looks a bit like a castle,” said British actress Raffey Cassidy, who stars in the thriller “The Killing of a Sacred Deer,” costarring Nicole Kidman and Colin Farrell, which shared the Best Screenplay prize at the Cannes Film Festival.

Standing chatting to Jennifer Connelly on the runway, a futuristic white strip, her husband Paul Bettany also said it’s too early to share details on his role in the upcoming Han Solo “Star Wars” spinoff, directed by Ron Howard. “I’ve come here so many times as a tourist, but this is my first show and it’s so lovely to be here for [Vuitton’s] Nic Ghesquière, who I adore and love,” he said, changing the subject.

Gazing at a huge sphinx sculpture positioned at the far end of the space, watching over the show guests, Léa Seydoux, dressed in a leopard print coat and sporting a bob with a blunt fringe à la Cleopatra, only blonde, said her favorite room is the Egyptian room.

The actress’ latest roles include Thomas Vinterberg’s English-language Russian submarine drama, “Kursk,” about the Kursk submarine that sank in the Barents Sea in the year 2000.

After the show, meanwhile, a yellow-haired Jaden Smith, whose hip-hop album “Syre” is due out imminently, said he particularly loved the sneakers.