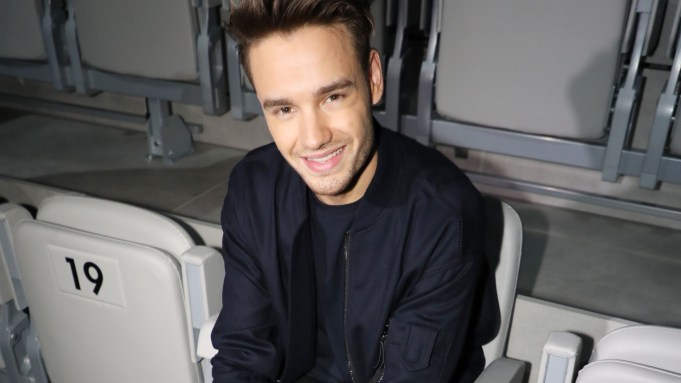 PAYNE FAME: Walking by the Giorgio Armani Hotel early Monday morning, a throng of young girls was already forming a line, clustered around the entrance. The reason? One Direction’s singer and songwriter Liam Payne was in town to attend the designer’s namesake show, his first ever. “Except for the Victoria’s Secret show — and that was very different,” said Payne. “It’s funny how [the models] go for burgers after the show is over,” said the young artist with a laugh. In May, Payne released his first single, “Strip That Down” and he is now setting off on a European tour, he said.

Japanese actor Hidetoshi Nishijima, who fronts the new Armani made to measure campaign, contended the designer’s suits that are specifically fitted for him work wonders on his shoulders and back. “I never feel tired, even after many hours,” said Nishijima. Fit and function, all in one.