The Italian edition of L’Officiel debuted on the newsstands this month. 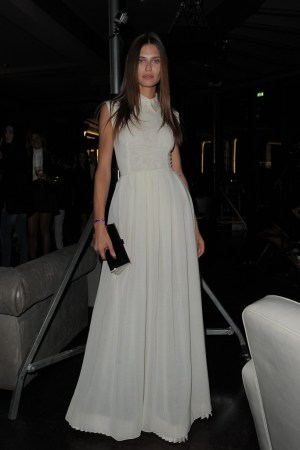 OFFICIALLY ARRIVED: Italy’s magazine scene has spawned a new title: the Italian edition of L’Officiel debuted on the newsstands this month. The launch of the magazine, directed by Carlo Mazzoni and published by Martina Mondadori’s Memoria srl in partnership with Paris-based Les Editions Jalou, was feted with a party at the Diana Majestic Hotel on Friday night.

“I want words to take a central stage in my magazine,” Mazzoni said. “Of course, we will also run beautiful pictures, but that’s something common in the industry, where I think there is a lack of well written pieces.” Model Bianca Balti, who styled an editorial in the September launch issue, was the guest of honor at the party. The shoot took place at Matteo Marzotto’s house in Milan.

“When I stop modeling, I don’t want to become a stylist because as a fashion editor you must always be in the limelight,” she said.