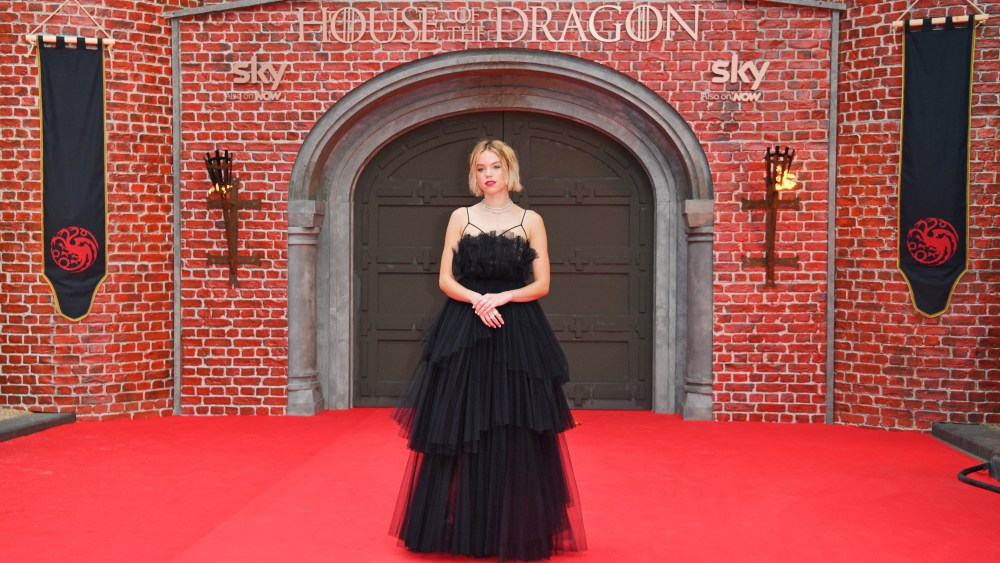 Milly Alcock went fashion-forward at the latest premiere for “House of the Dragon.”

On Monday, the Australian actress walked the red carpet of Leicester Square in London wearing a black tiered tulle dress by Dior paired with heels by Jimmy Choo and diamond jewelry from De Beers. She styled her hair in a slightly messy bob and kept her eye makeup simple with a dark pink lip.

Alcock is part of the up-and-coming cast of the anticipated HBO series “House of the Dragon,” which is a prequel to the popular television show “Game of Thrones,” both of which are based on the “A Song of Ice and Fire” books by George R. R. Martin. The series will chronicle the story of House Targaryen, taking place 200 years before the events of “Game of Thrones.”

She will play a younger Princess Rhaenyra Targaryen, the first child of King Viserys Targaryen and a dragonrider who expects to rule the Seven Kingdoms as the first female monarch. The adult Rhaenyra is portrayed by Emma D’Arcy.

Joining Alcock at the premiere were some of her costars, including D’Arcy, Paddy Considine, Matt Smith, Olivia Cooke, Rhys Ifans, Steve Toussaint, Fabian Frankel, Eve Best, Emily Carey and Sonoya Mizuno, among others.

After the conclusion of “Game of Thrones” in May 2019, the prequel received a straight-to-series order a few months later.

The first season of “House of the Dragon” is scheduled to premiere on Aug. 21 on HBO and will consist of 10 episodes.